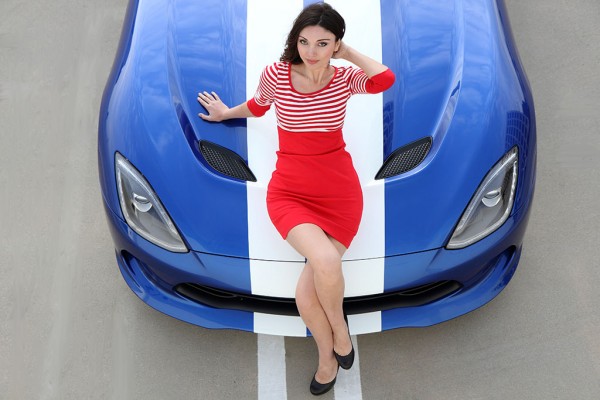 In this edition of weekend eye candy you will be treated to two American beauties. One is a blue Dodge Viper and other a hot babe in a stripy red dress. Granted, the babe has more of an Eastern Bloc look about her, but who cares. She’s gorgeous, and so is that mean ass Viper!

If you have been following the story of the third generation Dodge Viper, you know that it’s been a bumpy ride for this blue-collar super car. They brought back the Viper nameplate from the brink of death and gave it a fresh breath of life, only to realize the old formula of sheer size and massive engine does not work in the modern times as well as they’d been hoping. So they halted the production, went back to the drawing board, adjusted a few things, and eventually they found the remedy in the marketing department where after some serious price cuts they finally managed to shift enough Vipers to keep the car alive for a few more years.

Here’s hoping the Viper will on for decades. It may not be a very good car – it’s terrible, actually – but it’s characterful, and that’s the reason we love it. 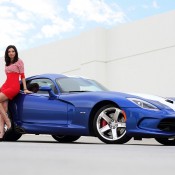 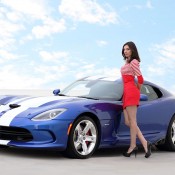 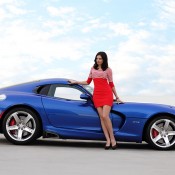 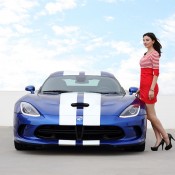 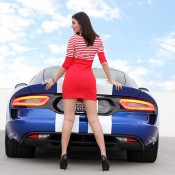 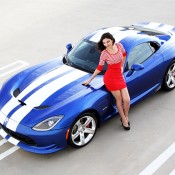 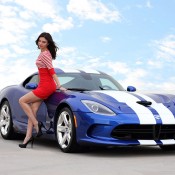 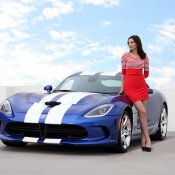 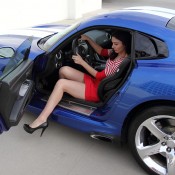 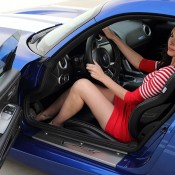 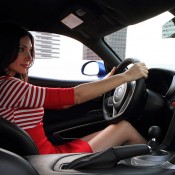 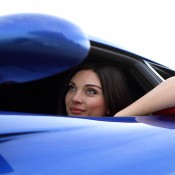