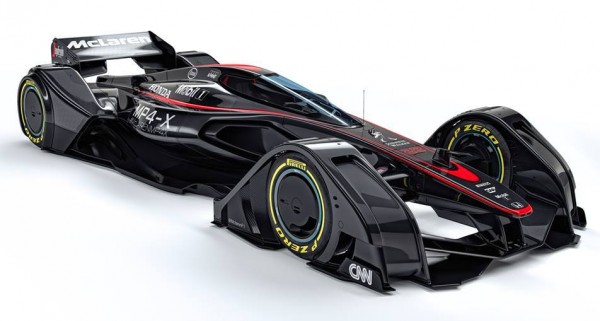 Taking a leaf out of Ferrari’s book who often tends of envision the future of Motorsport through speculative renderings of racing cars of tomorrow, McLaren asked its designers at the Applied Technologies department to come up with what they thought a Formula 1 car would look like in a few decades. The result is McLaren MP4-X, a closed-cockpit race car with super advanced technologies.

With a chassis that changes shape to adpat to different aerodynamic demands, the ability to harness alternative power sources, and the technology to communicate in the event of a failure or a problem, McLaren MP4-X is certainly technologically advanced enough to deserve the title of the F1 car of tomorrow.

The MP4-X features solar panels in its construction so as to make electricity as a supplemental source of power. It also has active aero, impact-absorbing chassis, advanced tire monitors, fighter jet-style canopy, a unique underbody and targeted advertising through the use of digital billboards instead of stickers. Some of the car’s proposed tech features like gesture and brain wave control, however, seem way too fantastical. 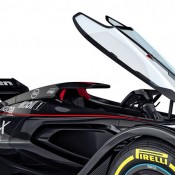 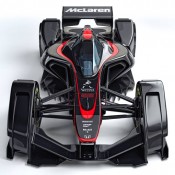 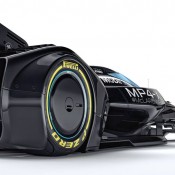 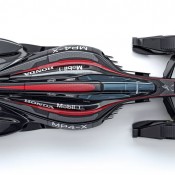 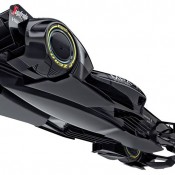 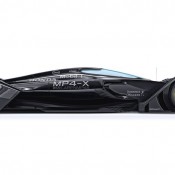 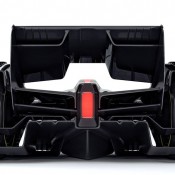 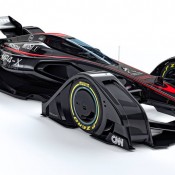 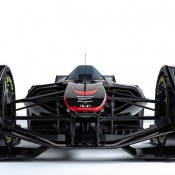 “With the futuristic McLaren MP4-X concept racecar, we wanted to peer into the future and imagine the art of the possible,” said John Allert, Group Brand Director, McLaren Technology Group. “We have combined a number of F1’s key ingredients – speed, excitement and performance, with the sport’s emerging narratives – such as enclosed cockpits to enhance driver safety, and hybrid power technologies. Formula 1 is the ultimate gladiatorial sport, and the future we envisage will be a high tech, high performance showcase that excites fans like no other sport.”