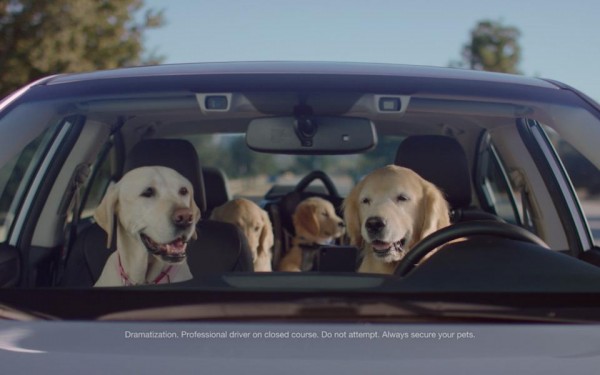 Following the success of their previous dog-centered commercials, Subaru of America is bringing back the puppies for the super bowl commercials this year with a series of spots featuring the Barkleys. They’re a bit cheesy, but gosh darn it they’re adorable!

Subaru says their doggie commercials are not just manipulative clips trying to take advantage of people’s love for puppies to sell cars. The connection is already there, they say, as eight out of 10 Subaru owners are pet owners. Their cars are pet-friendly, if just for the fact that they are made of high-quality stuff that will take forever for a dog to chew through.