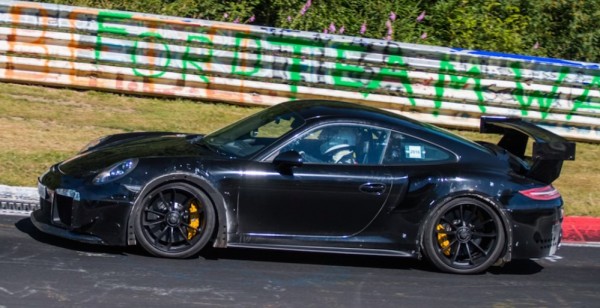 Behold the magnificence of the 2018 Porsche 991 GT2! A multitude of test mules for the new top of the range 911 are being spotted these days left and right in Europe, from the Nurburgring to Porsche favorite mountain road in Fernpass, Austria. So… just ordered a GT3 RS? Oh dear.

Of course, it is going to take another year or so for the Porsche 991 GT2 to be done with testing and emerge from the labs as a ready-to-roll production model. But the mere fact that tis test mules have been sighted, and that they look pretty awesome, is enough to cause a stir in the market. This, we reckon, is the peak of the GT3 RS. From this day onwards that car’s prices will start to become more reasonable, because more and more people are going to pester Porsche for a 991 GT2 order.

As for what can be expected of the 2018 Porsche 991 GT2 besides an even cooler aero kit than GT3 RS, well with history as our guide we can expect an output of around 600 horsepower and a rear-drive chassis that will be wilder than that of the RS but still tamer than the previous GT2. It is not likely that Porsche will offer a manual gearbox for the GT2, mainly because the car just works better with a PDK, but also because a manual GT2 could mess with the 911 R’s sovereignty in that part of the market. 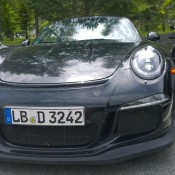 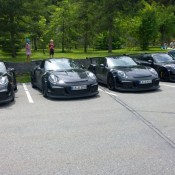 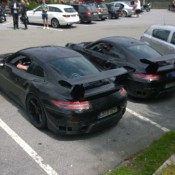 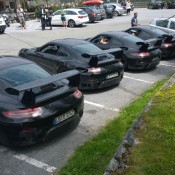 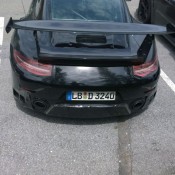 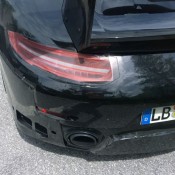