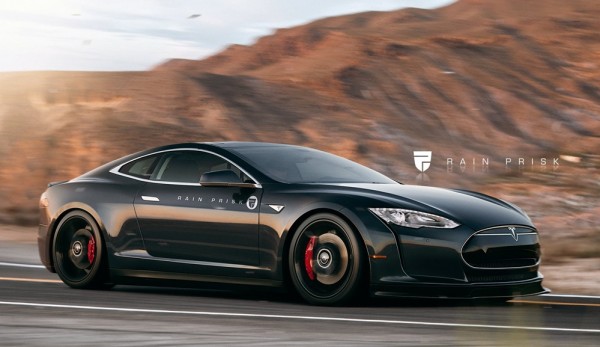 Each week we get tons of renderings from talented independent designers, and while they are often pretty good most of them are nothing but flights of fancy with no real-world value. But every once in a while we stumble upon a rendering that is too good not to be built, and this Tesla Model S Coupe is definitely one of them.

Lately a lot of people have been wondering what would be Tesla’s next model now that they have a luxury sedan, a SUV (Model X) and an entry-level four-door family car (Model 3), and they have been speculating that it would be a pickup truck or a minivan. That’s all bollocks. What Tesla needs to build next is a coupe version of the Model S, and it should look exactly like what you see here.

It makes perfect sense. Not only is it easy to make this Tesla Model S Coupe, considering all it needs is a slightly modified version of the sedan’s body, it gives the car maker a chance to rival the likes of BMW 6 Series and Mercedes S Class Coupe. That is a rich segment that can potentially solve Tesla’s financial problems all on its own. Just imagine this bad boy with the new P100D power pack and the Ludicrous mode. That’d be one hot son of a gun!