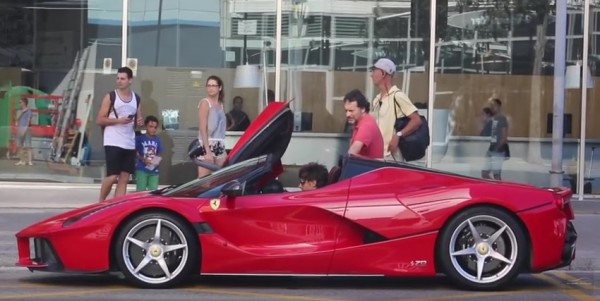 As you may know from our previous post about the Ferrari LaFerrari Aperta, an example of this rare hyper car is currently in Barcelona, Spain, shooting a promotional clip for a car that is already sold out. Now the LaAperta has been spotted again cruising around the city, and the footage offers the best look yet at the car with various shots of it from every angle.

The Ferrari LaFerrari Aperta in this video was driven by a male model type of fellow who we suspect is the star of the promotional video. In the real world the buyers of the Aperta, which is apparently limited to just 70 units, are mostly elderly gentlemen with a head full of fake hair and a big appetite for success. Yeah, we’re talking about Gordon Ramsay.