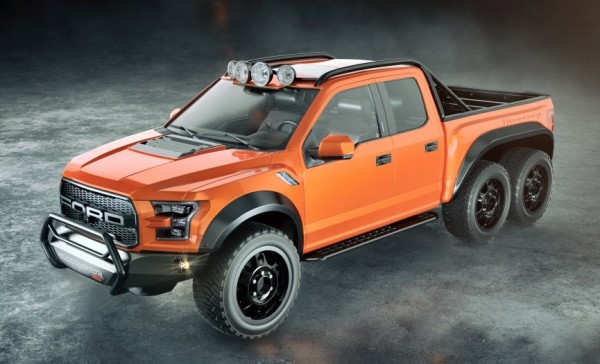 Following the enormous success of their F-150-based VelociRaptor pickup, which even got a feature on the old Top Gear, Hennessey Performance has now come up with a six-wheel version based on the 2017 Ford Raptor truck. Simply called the Hennessey VelociRaptor 6X6, this monster has Mercedes G63 6×6 in its sights.

Shown in concept form in these official renderings, Hennessey VelociRaptor 6X6 will have a number of advantages over its main rival the G63 6×6. First and foremost, it looks a lot more badass than the Benz. Then there is the fact that Hennessey puts no limit on the number of cars they produce (they have sold over 800 of the old VelociRaptor), and of course there is the question of the price. Starting at $295,000 this 6×6 is not exactly cheap, but it is cheaper than any G63 6×6 you can find in the market today. 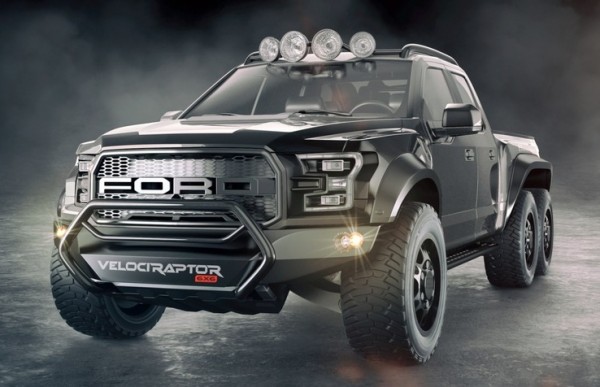 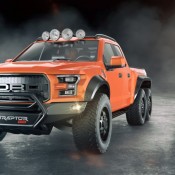 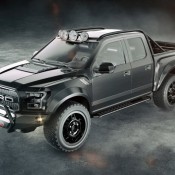 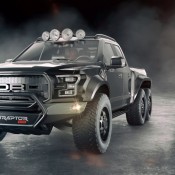 As for the optional features you can specify for additional cost, there is Brembo front and rear brake upgrade, larger wheels and tires, LED lighting upgrades, bespoke interiors, electronic upgrades and armoring systems.