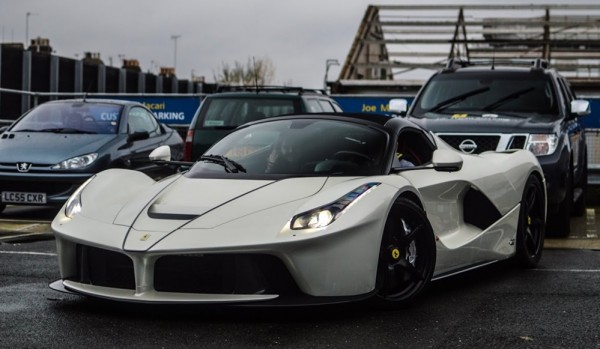 It was on the doomed renewed Top Gear where celebrity chef Gordon Ramsay told everyone that he had ordered a LaFerrari Aperta. Well, the car’s now been delivered and the man has already been filed driving it around London. Just like his F12tdf, Ramsay’s Aerta LaFezza is white with contrasting matte black accents and details.

And just like the time he was spotted in the TDF, Gordon was a good sport to the spotters and let them film the car to their heart’s content:

Mr Ramsay has reportedly paid $2.1 million dollars for his LaFerrari Aperta, which is the factory price for this limited edition of just 199. Were he to sell this car right now, he could probably make a million dollars in profit, easy. That is because the Aperta is sold out and that means the only way its prices are going from now on is up.