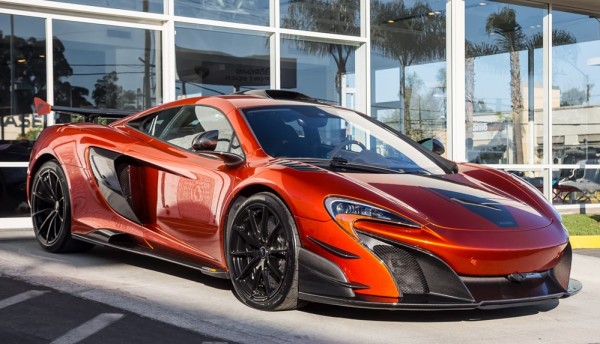 Visitors to Lamborghini/McLaren Newport Beach’s November super car show were treated to something truly special. It was a Volcano Orange McLaren MSO HS, one of only 25 in the world, in a very special paint work, put on display next to a 12C HS which is the only other High Sport model in McLaren’s Arsenal.

The Volcano Orange McLaren MSO HS is so far the coolest example of this limited edition we have seen. OK, so the color itself is not very rare, but we think we’re right in saying that this is the first car of its kind with visible carbon fiber stripes and accents on the body. This combo brings out the aero kit on this car and makes it pop.

This car’s full name is MSO HS 688 which means the car has 688 horsepower, which makes it the most powerful car of the Supersport Series above the 675LT. The huge power justifies the massive aero kit, consisting of a large front splitter, bigger air intakes, new side skirts and intakes, and a humongous rear wing.

Whether you like the look of the Volcano Orange McLaren MSO HS and its color or not, there is no denying this limited edition is already on its way to become a future classic. This car will never ever be cheaper. The only its price is going from now on is up. 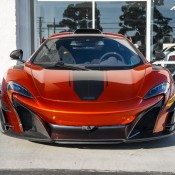 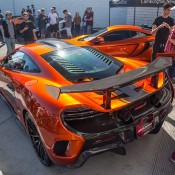 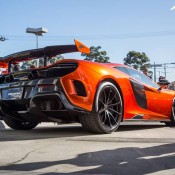 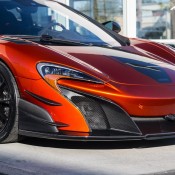 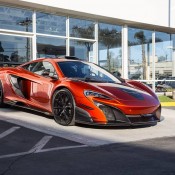 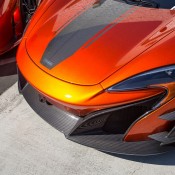 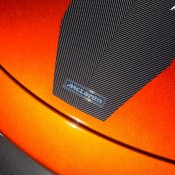 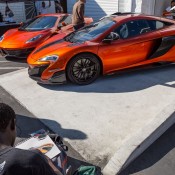 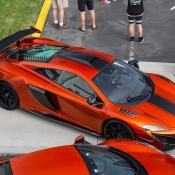 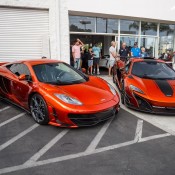 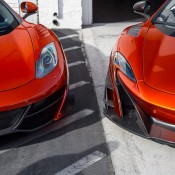 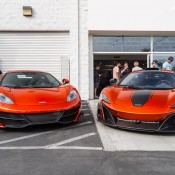 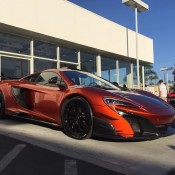 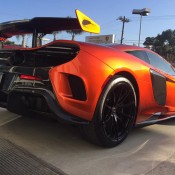 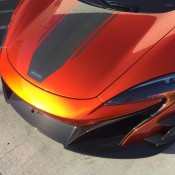 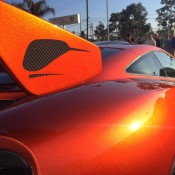 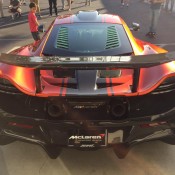 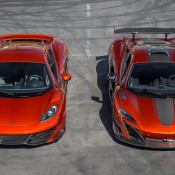