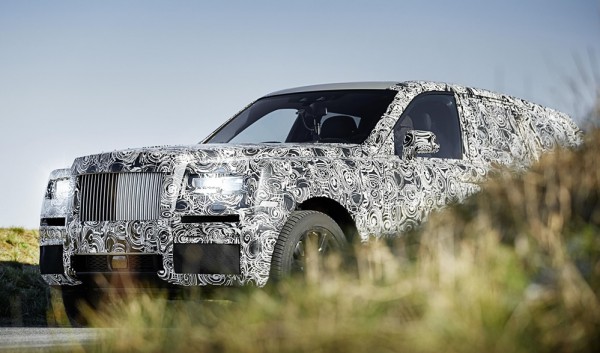 It has been known for a while that Rolls-Royce is developing a SUV, but every time we saw the thing it was presented in an awkward jacked-up Phantom body. Now for the first time the Goodwood-based company has released pictures of the real Rolls-Royce Cullinan as the car begins its public testing sessions.

Although the Rolls-Royce Cullinan showcased here is partially hidden by some bush and fully covered in camouflage, the images do at least shows us the overall shape of the car. Not that it’s something particularly incredible. After all, the Cullinan is a SUV and all SUVs are fairly box shaped. Still, muscular bonnet and the large air intakes in the bumpers suggests this ‘all-terrain, high-sided vehicle’ as they call it is not going to be messing around in terms of power and performance, not to mention luxury.

And that is why Rolls-Royce Cullinan is such an important vehicle. It could potentially ruin the market for Bentley Bentayga which is selling surprisingly well these days in spite of its tasteless looks. The Roller SUV will offer even greater luxury than the Bentley, nicer looks, and potentially better performance as well. So unless it turns out to be a limited edition or get a ridiculously high price tag, there really won’t be any reason to choose the Bentayga when the big Culli arrives in 2018. 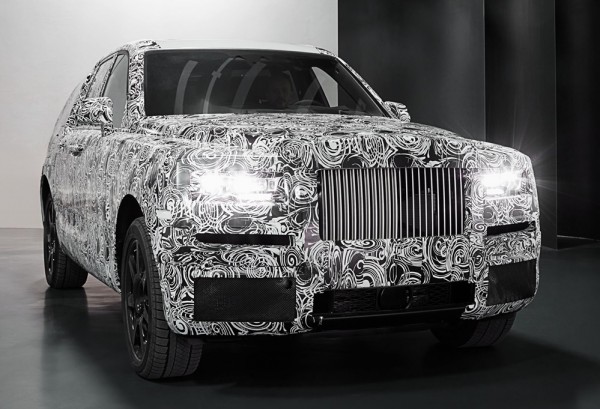 “This is an incredibly exciting moment in the development of Project Cullinan both for Rolls-Royce and for the patrons of luxury that follow us around the world,” comments Torsten Müller-Ötvös, Chief Executive Officer, Rolls-Royce Motor Cars. “Bringing together the new four-wheel drive system and the new ‘architecture of luxury’ for the first time sets us on the road to creating a truly authentic Rolls-Royce which, like its forebears, will reset the standard by which all other luxury goods are judged.”