The recently-revealed Rolls-Royce Cullinan has become a plaything for independent designers. They are having a field day with the luxurious SUV. Turns out the design of the Roller offroader lends itself readily to modification. Here we look at the Cullinan in a bunch of different variants, none of which will ever be produced in real life.

At least not officially. If you find yourself attracted to any one of these designs, and you have a deep enough pocket, you can find a coachbuilder that would convert the standard Rolls-Royce Cullinan to your favorite body style. These all look intriguing to be honest, except for that base-spec model which is too fantastical. But it would be hilarious if somebody converts their brand-new Cullinan so it would look like a base spec car. Rolls-Royce will probably black list the guy who does it. 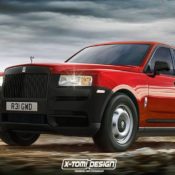 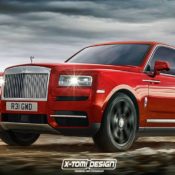 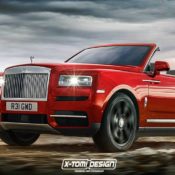 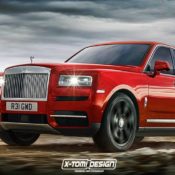 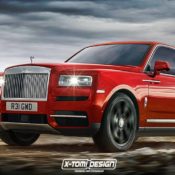 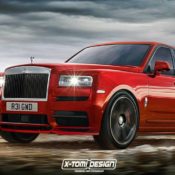 Our favorite of the bunch is the drop-top version, or Rolls-Royce Cullinan Drophead Coupe as it would be called. It is the one that makes the most sense, and we have to say look the best as well. Mind you, the most realistic proposition here is the Cullinan Sport, the one with that cool body kit on it. It is conceivable that RR might launch a sport version of the Cullinan in the future. But even if they don’t, there will be countless tuners who will be more than happy to alter the looks of this SUV for you.