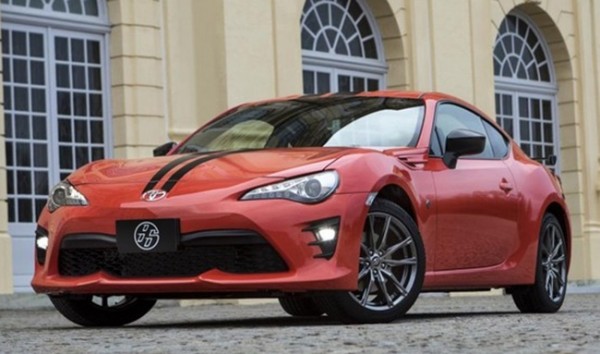 Yes, yes, its another special edition GT86. And no, no, there isn’t a performance upgrade. The new 2017 Toyota 860 Special Edition, as they call it, comes with a number of cosmetic upgrades which is what the marketing team at Toyota believes customers want. They actually count the G-Force meter they’ve put it in as a “performance measure,” which says a lot about their mindset.

So the new visual tweaks better or worth it, because this bad boy starts at $29,155 for the manual transmission and $29,875 for the automatic, and there’s a whole lot of good stuff you can buy the2017 Toyota 860 Special Edition is adorned with black racing stripes on Supernova Orange paint work, complemented with black heated outside mirrors and 17-inch alloy wheels as well as LED fog lights and a unique aerodynamic underbody panel. You swap the supernova color for Halo White, but each paint job is limited to 860 units for this modelyear.

As for the interior, 2017 Toyota 860 Special Edition comes with heated front seats, leather-trimmed steering wheel, shift boot and parking brake lever, all in black leather with orange stitching. Smart key with push-button start and touch-activated door unlock, as well as dual-zone automatic climate control are the highlights of the equipment, as is a 4.2-inch multi-information display that features a G-force meter and stop watch, and displays vital information such as horsepower and torque curves, engine coolant and oil temperatures and MPG.