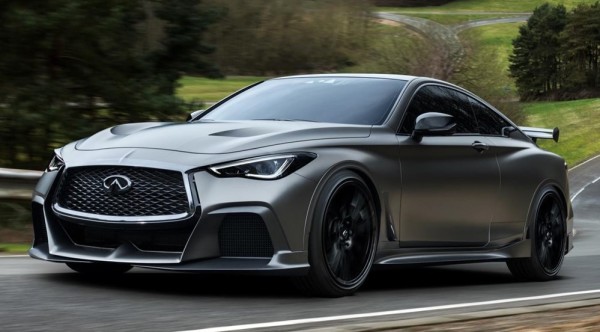 Project Black S, as you may know, is Infiniti’s effort to create their own AMG or M GmbH – a sort of in-house high-performance brand charged with making super hot beasts out of ordinary cars. Now they get a major boost in their efforts as Pirelli wants in on the project, taking over the design and construction of bespoke tires developed exclusively for Black S models.

The partnership with Pirelli is a step up in making Infiniti Project Black S a reality since they already have an ongoing thing with Renault Sport Formula One Team for making a performance hybrid powertrain. So this is just another piece of the puzzle falling into place. Pirelli will equip the Black S with P Zero tires that are also available as part of the Colored Edition. Just as in Formula One, there are colored markings on the sidewalls, in line with Pirelli’s perfect fit strategy, and they also looks so damn cool.

The new partnership was announced at the Canadian GP by Tommaso Volpe, Director of INFINITI Global Motorsport, and Paul Hembery, Motorsport Director for Pirelli. “We are very excited about our ‘Project Black S’ and the work we are doing with Renault Sport Formula One Team on performance hybrid technology,” said Volpe. “Having another key Formula One player involved is proof of the interest it generates and will add even more focus on performance delivery. As we explore the feasibility of ‘Project Black S,’ Pirelli’s input and knowledge – both motorsport and automotive – will be invaluable. We couldn’t be happier to have them onboard.”