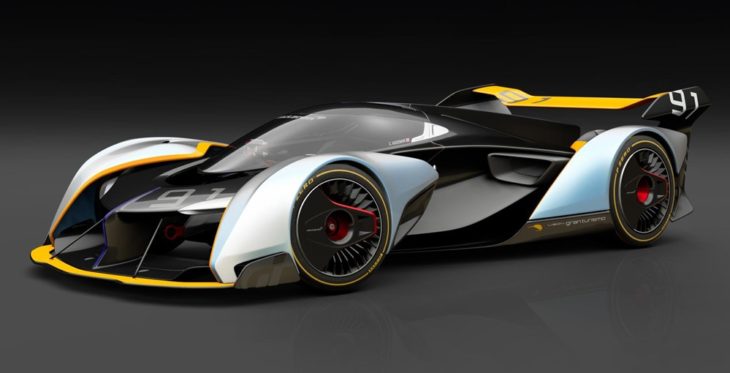 It’s McLaren Automotive turn’s to present the fans of Gran Turismo video game with a super sick virtual car. This is what they have come up with, the McLaren Ultimate Vision GT, available in Grant Turismo Sport on PlayStation 4 from October.

Of course, there is more to the McLaren Ultimate Vision GT than enabling a bunch kids to have a really good time playing the game. Designers and engineers have put some real effort into making the Vision GT, as they will explain to you in the video below. The car represents McLaren’s way of thinking when it comes to creating the ultimate track car. Who knows, maybe some day in the future they actually come up with something like this for the real world. Oh, wait. They’ve already done that. It’s called the P1 GTR!

The specs they have come up with for the McLaren Ultimate Vision GT are truly amazing, even for a virtual car. The hyper track machine has a virtual kerb weight of just 1,000 kg thanks largely to the extensive use of digital carbon fiber. It also boasts Integrated Active Aero, which works by opening tiny aperture covers around air inlets on key surfaces during cornering to create drag and generate downforce. Power comes from a virtual twin-turbo, 4.0-litre McLaren V8 engine drives the rear wheels, putting out a mind-boggling 1,150 PS and 1,275 NM of torque. 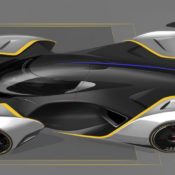 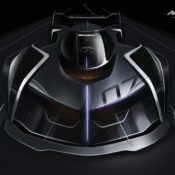 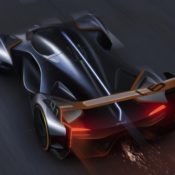 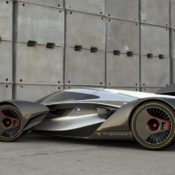 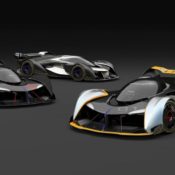 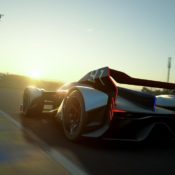 “We wanted to break new ground and to innovate and the McLaren Ultimate Vision Gran Turismo does exactly that. It puts the driver absolutely at the centre of the action, delivering a sensory overload with incredible sound and awe-inspiring acceleration. From the game player’s point of view, the driving experience in this car will be like nothing else: the amazing glass cockpit and the motorcycle-like driving position – with your head far forward, almost right above the front axle – combine to allow you to see exactly where the apex of the corner is so you can shave vital milliseconds off each lap.More than anything though, the McLaren Ultimate Vision Gran Turismo is a stunning looking car. The design form communicates exactly what the car’s mission is and what its intentions are: it’s the ultimate expression of the McLaren design pillars and principles we have already established, futured into the 2030s.”
Rob Melville, Design Director, McLaren Automotive