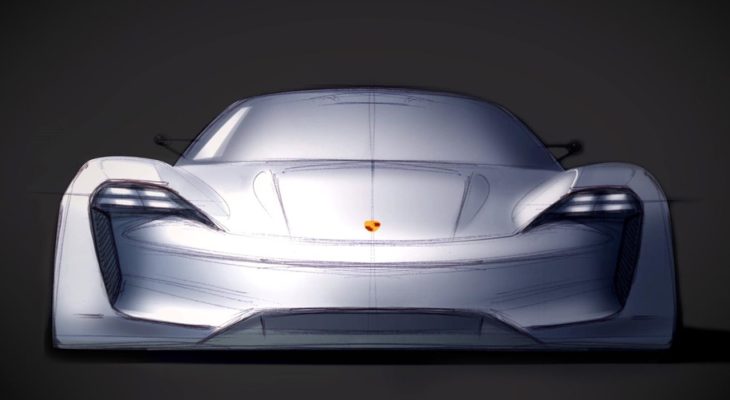 Like it or not, a major change is happening to the automobile. They are fast becoming electrified and capable of driving themselves, and that means a complete overhaul of our relationship with the machine. As a citizen, I welcome the electric revolution with open arms. I love the idea of living in a city where all the cars and trucks and buses are clean and quite and follow the rules unwaveringly. But as a car guy I am worried about what this will do to the ‘driver’s car’.

The prevailing theory is that the electric revolution will do for the traditional car what the motor car did for the horse. They will become something for recreation, to be enjoyed over the weekend or admired in museums and gatherings and such. And that sounds pleasant enough. You go to work every day of the week in your autonomous EV, and then on the weekend you take the old gas guzzler out for a spin around the country roads. It will cost you a lot, this hobby – sort of like what classic car motoring costs now. And there will probably be extra taxes and fees to worry about. But hey, the joy of hearing that internal combustion noise and the feel of the steering wheel in your hands will be well worth the cost and effort.

That’s all well and good. But what does this change in the way we run and use our cars mean for the sports cars? Is there a place in the future of motoring for the Ferraris and Porsches and Lamborghinis, or even the Miatas and 4Cs, and WRXs?

In other words, will there be a place for a car that’s meant to be driven – even if it is fully electric – on roads littered with self-driving, super intelligent machines? We already know autonomous cars perform better than human drivers in following the rules and regulations. They react better and faster, and we are yet to come across an accident caused by a self-driving car. Well, there was an incident recently involving an autonomous Chevy Bolt. But it wasn’t the machine that was at fault, but the human driver in the other car that hit it. So I’m afraid the answer to the question above might be negative. Rule makers are not going to disregard the order and convenience of a fully automated, electric traffic, just so that a few driving enthusiasts can have their fun.

Now, that sounds rather totalitarian, but that’s often how traffic rules are. The speed limit, for instance, is a despotic regulation needed to lower the risk of incident for everybody, even if it’s not fair to a few good drivers who have good, safe cars.

The point is, you will probably get nowhere making this a freedom of choice issue. But don’t despair. We reckon our current ‘motorsport’ will be the savior of traditional cars and driving habits in the future. We will do away with the championships and stuff like that – since most things of that nature will be transferred to the virtual reality world, anyway – and our race tracks will be turned into clubs for the old-timer motorist to drive to their heart’s content and reminisce about how good they used to have it back in the day…

The electric/autonomous revolution could mean the demise of the sports car. That is a strong possibility. But weirdly, we think it could actually work in favor of supercars. If you think about it, supercars are often terrible to drive and in some case outright dangerous. The fact of the matter is, most supercar owners are interested in one thing above all else: showing off. They want to be seen in these cars, but often hate driving them. The idea of an autonomous supercar is a viable one, seeing as it enables you to sit back, relax, and enjoy feeling superior to all those poor bastards straining their necks to take a look at your car as it pilots itself around the streets of Monaco or wherever is fashionable in the future.