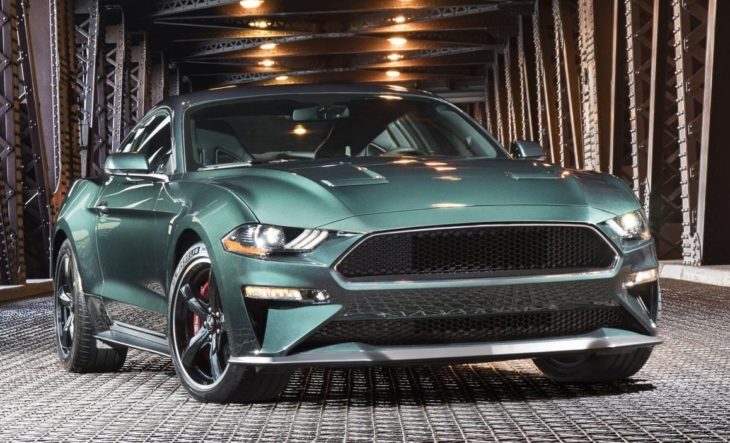 On the 50th anniversary of the cult classic “Bullitt,” Ford announced the launched of something really special. The 2019 Ford Mustang Bullitt limited edition is an homage to the movie and its iconic star, Steve McQueen. With unique looks and enhanced specs, the modern Bullitt Mustang is going to be one of the hottest special editions of this car ever built.

2019 Ford Mustang Bullitt was introduced at the North American International Auto Show alongside the original movie car, accompanied by a film created by Molly McQueen. Obviously, the exterior color is a direct tribute to the original Bullitt Mustang – classic Dark Highland Green exterior paint and subtle chrome accents. You can, of course, order this model in other colors as well, but that kind of ruins the whole point of it. The same goes for the interior and its optional RECARO black leather-trimmed seats with unique green accent stitching. Unless you get these the whole Bullitt theme does not make much sense.

What every 2019 Ford Mustang Bullitt gets, though, is a tricked-out 5.0-liter V8 engine that will deliver at least 475 horsepower and 420 lb.-ft. of torque. It features active valve performance exhaust system with Black NitroPlate tips, new Open Air Induction System and Shelby GT350 intake manifold with 87mm throttle bodies and powertrain control module calibration. In terms of equipment, too, the Bullitt edition beats the standard GT with heated leather steering wheel and a 12-inch all-digital LCD instrument cluster modified to feature Bullitt-themed graphics, plus Bullitt Electronics Package with navigation and sound system.

“This new Bullitt is, as Steve McQueen was, effortlessly cool,” said Darrell Behmer, Mustang chief designer. “As a designer, it’s my favorite Mustang – devoid of stripes, spoilers and badges. It doesn’t need to scream about anything – it’s just cool.” 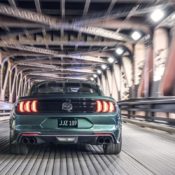 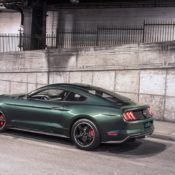 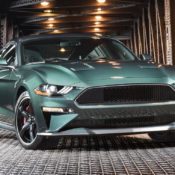 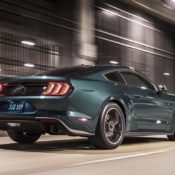 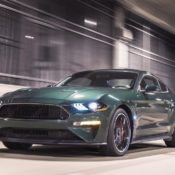 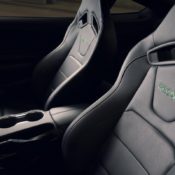 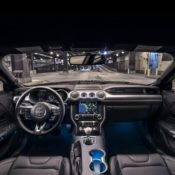 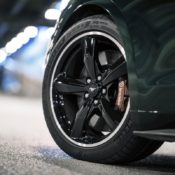