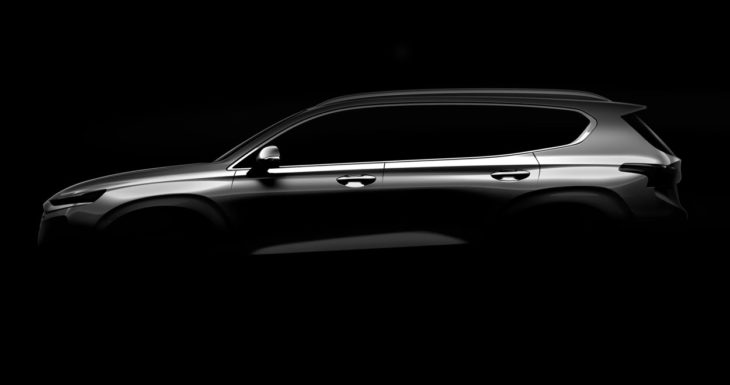 The fourth generation of the popular Korean SUV Hyundai Santa Fe, which has a huge presence in pretty much every market in the world, will make its debut later this year at the Geneva Motor Show. The car maker has confirmed this, releasing a teaser image that shows the part of the silhouette of the new model.

While it is hard to infer anything worth noting from this image, we notice the shape of the head and tail lights have been modified. They seem to be slimmer and smarter than the current version, and brings to our mind at least the design of the latest generation Toyota RAV4. The current model is a bit too round and chubby to be honest and it is a welcome change if the 2019 Hyundai Santa Fe is sharper and more angular.

Size-wise, there does not appear to be any significant change in the new Hyundai Santa Fe. You will get five and later on a seven-seater version, and two and four-wheel-drive drivertrains. As for the engines, chances are the current lineup of 2.4-liter four-cylinder direct-injected engine with 185 horsepower and the turbocharged 2.0-liter four-cylinder engine with 240 horsepower to carry over to the new model. But whether the 290 horsepower 3.3-liter Lambda II V6 engine will make the cut remains to be seen.