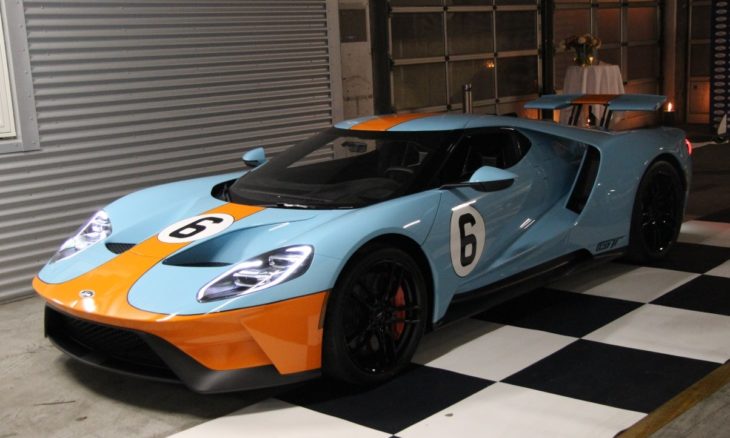 The first batch of the all-new 2018 Ford GT supercars are starting to arrive in Europe, and the first one of them is something rather special. This gulf-liveried Ford GT was ordered by Jason Watt, a racing driver from Denmark, in the legendary colors of the Le Mans-winning GTs of the yesteryear.

These are the first real footage of the 2018 Ford GT in Gulf livery, and we have to say it looks pretty awesome. Well, granted, it’s probably not the coolest thing to drive around your neighborhood in, as it marks you as a monumental car geek. But for those track days, for which the GT is built, this color scheme is just fantastic. Whatever track or whatever event Mr. Watt makes an appearance with this car he is going to be the center of attention.

Jason’s Gulf-liveried 2018 Ford GT is the first in Denmark and the whole of Scandinavia. This car is a bit more special than any other GT, not just because of the paint job, but also because it’s modified to be hand-operated, since Jason was paralysed from the chest down following a motorcycle accident in 1999. Later on a roof rack will be added to this car so he can easily transport his wheelchair. 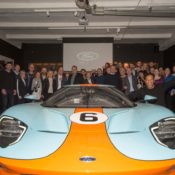 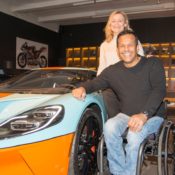 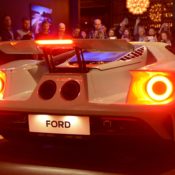 Just to recap, the new Ford GT is powered by a 3.5?litre EcoBoost V6 engine developing 655 horsepower,enough for a top speed of 347 km/h (216 mph). Not sure what the driving experience is going to be for Jason with the hand operations and everything, but he will sure enjoy the briskness of the GT’s performance.