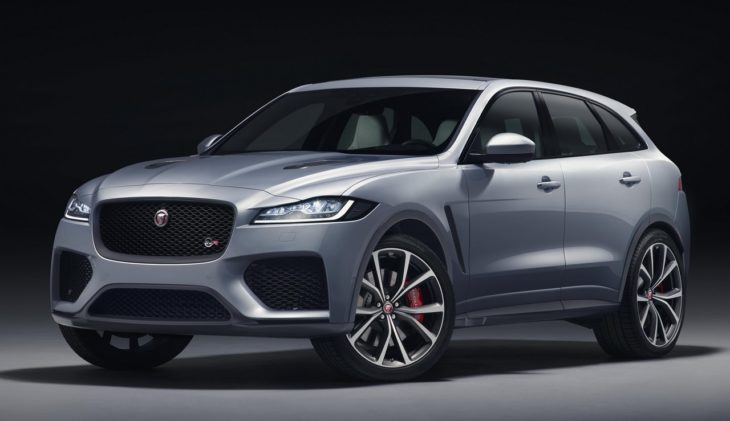 Not wanting to miss out on the blooming high-performance SUV market, Jaguar decided to give the SVR treatment to its F-Pace model. Unveiled at the New York Auto Show, the 2019 Jaguar F-Pace SVR feature the now very familiar Supercharged 5.0-litre V8 petrol engine.

The output of the engine is also familiar: 50PS and 680Nm of torque. This is basically an F-Type SVR put on steriods. Despite the size and weight though, Jaguar F-Pace SVR manages to deliver performance figures very close to that of its sports car sister. It sprints form 0 to 60mph in 4.1 seconds (0-100km/h in 4.3 seconds) and is capable of reaching a top speed of 176mph (283km/h).

But performance is only part of the appeal of 2019 Jaguar F-Pace SVR. Many are going to fancy this SUV because of the way it looks. The SVR treatment adds to the F-Pace’s rather bland exterior unique front and rear bumpers, lower body sides and rear flip spoiler, plus 21- and optional 22-inch forged wheels. There is also SVR-tuned chassis with uprated dampers and front and rear springs which enhance both the handling and the looks.

Other cool highlights of the F-Pace SVR include Rear Electronic Active Differential, massive brakes, Variable Valve Active exhaust system, Slimline sports seats in the front and rear, Sports Shift Selector and SVR-tune for the Quickshift transmission, Electric Power Assisted Steering, Adaptive Dynamics, Torque Vectoring, Dynamic Stability Control and All-Wheel Drive systems. The super SUV will be launched in the summer of 2018 starting from £74,835 in the UK. 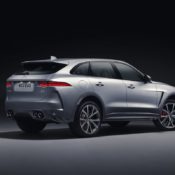 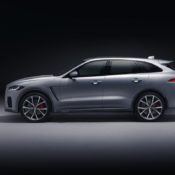 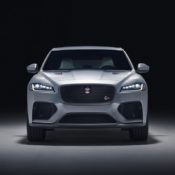 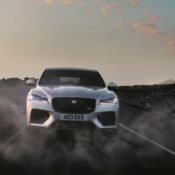 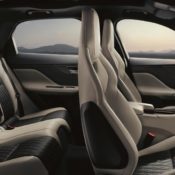 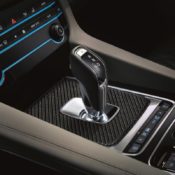