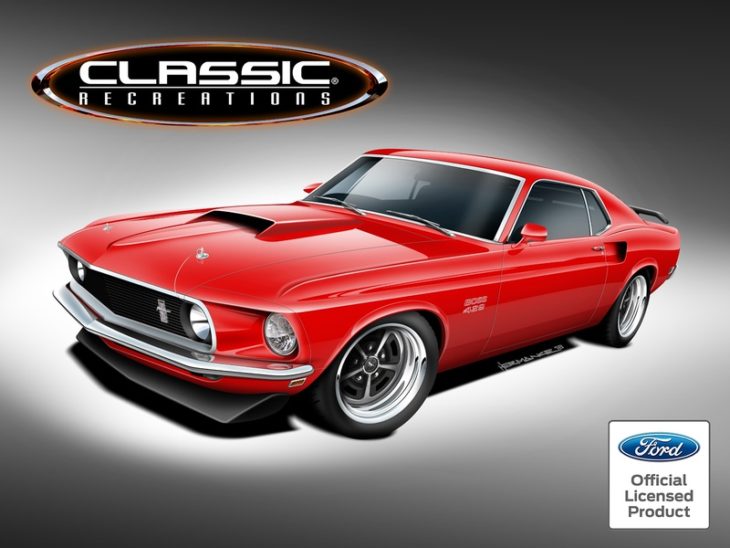 As we reported a while back, Ford has decided to basically ruin the legendary Mach 1 moniker by putting it on an upcoming electric SUV. But fear ye not, if you are a fan of Mach 1, because they have given a license to coachbuilder Classic Recreations to build continuation versions of the original iconic Mustangs, not just Mach1 but also Boss models.

This is awesome news for classic motoring enthusiasts, especially those who only appreciate the looks of the classic but have no interest in its old running gear. Yes, what Classic Recreations does is restomoding the original Mach 1 and Boss Mustangs, so the word continuation is kind of misused here as it implies the cars are built to the exact specifications of the original.

But that is not the case. Each of the modern Mach 1 and Boss Mustangs will be built to the individual customer’s specs “using the latest chassis and drivetrain technology paired with new Ford-licensed reproduction parts.” So you get the awesome design of the old car with the trouble-free underpinnings of a modern supercar. The project will begin with reproduction of 1969-1970 BOSS 302, 1969-1970 BOSS 429 and 1969-1970 Mach 1 Mustangs.

“We chose to offer these new models because we wanted to expand our Ford offerings beyond just Shelbys,” said Classic Recreations owner Jason Engel. “The BOSS 429 is one of the coolest and rarest Mustangs ever produced, but they have gotten so valuable that most owners won’t drive them. This offers people the chance to own an incredibly rare car that they can actually drive, and with modern chassis and engine tech these cars will actually be faster and easier to drive than the original.”