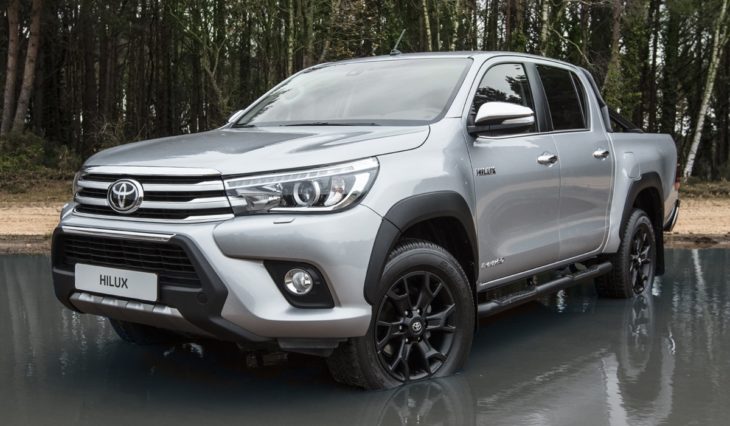 Toyota Hilux may have gotten a bad rap in the last few decades on account of it being the favorite transport of the world’s terrorist organizations. But that doesn’t take away from what an incredible machine this is, believed to be almost indestructible. The new Toyota Hilux Invincible 50 Black Edition celebrates that and the 50th anniversary of the truck.

The Hilux earned its invincible reputation not based on the company’s claims, but real world tests. In fact, one could almost say people discovered how tough this truck is by accident. Wherever there is an expedition to some unknown land, where there is impassable terrain or harsh weather, the Hilux is usually the only car that can make the journey and come back in one piece.

The celebratory Toyota Hilux Invincible 50 Black Edition launches into the European market with a bunch of accessories and extra kit. The main features of the truck include black high over bars and side bars with steps, a black front guard and under-run, and black fender protectors housing 18″ alloy wheels with a matt black finish, plus a prominent “Invincible 50” badge positioned on the front doors. The Invincible 50 also comes with a plastic bed liner and scuff plates.