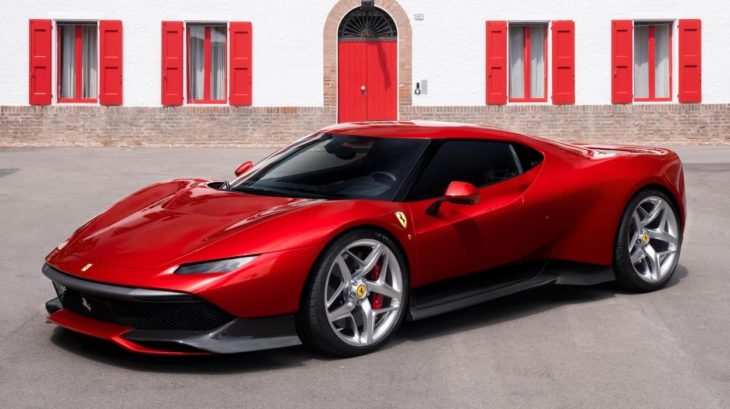 It’s been a while since we last saw a one-off, bespoke Ferrari. But the wait has been worth it, because the latest commission is a seriously cool one. The Ferrari SP38 is a F40-inspired one-off based on the 488 GTB, built for an undisclosed client by Ferrari’s bespoke department.

Unlike most other car makers whose idea of a bespoke body is a mild facelift, Ferrari goes to the trouble of actually designing and building an all-new body for their one-offs. Ferrari SP38 features an interesting design that is inspired by the legendary F40, although you can’t be blamed if you don’t realize that at first glance. At any rate, it’s super sexy and has a cool retro vibe about it that we find very pleasing. We especially like the wheels.

While the profile of the Ferrari SP38 is influenced by the F40, it’s face has a touch of the 308 GTB in the slim bumper lip and the headlights. The combination gives the car an angry and sporty look, reinforced by the folding metal that forms the beltline, rear wheelarch and three-quarter light. As you may have noticed in the pictures, the SP38 does not have a rear glass, so the driver can’t see what behind. But who cares when that engine cover looks so damn awesome? 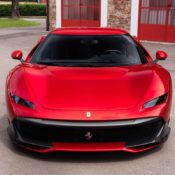 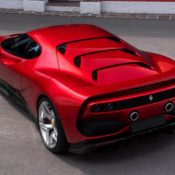 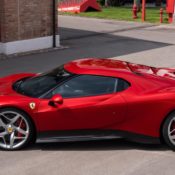 Ferrari has not released any pictures of the SP38’s interior, but says it has a full Tailor Made cabin. That is something to look forward to when the car makes its physical debut at the upcoming Concorso d’Eleganza Villa d’Este on Saturday 26th May 2018.