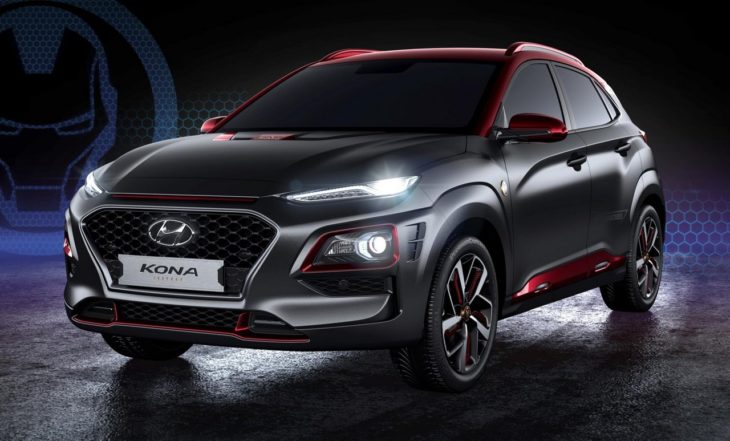 Well, where else could it possibly make its world debut than the geek fest that is the San Diego Comic-Con? More than a year after its first appearance as a special edition, the 2019 Hyundai Kona Iron Man Edition is now gearing up for production, in limited numbers, starting in December.

That means the fans of the comic character Iron Man will be able to drive a car that kind of looks like him in the first quarter of 2019. Hyundai Kona Iron Man Edition is designed inside and out to resemble the Iron Man suit. The main highlights include lighting signature that resembles IM’s eyes, an Iron Man mask motif on the roof, a unique V-shaped hood garnish, front-fender Iron Man mask badging, Stark Industries lower fascia and rear door decals, Iron Man-engraved headlamp internal surfaces, custom 18-inch alloy wheels with Iron Man mask center caps, an Iron Man engraving for the D-pillars and a dark chrome front grille, Iron Man shift lever knob, a special Head’s Up Display and center stack featuring Iron Man visual graphics. And of course the paint job is matte grey with Iron Man red accents.

If you are getting a Hyundai Kona Iron Man Edition, remember it just looks like the superhero’s suit. Underneath it is still very much an urban crossover. So don’t get carried away while driving it, thinking it can fly or face down bullets. 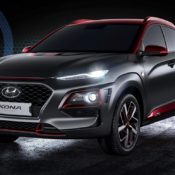 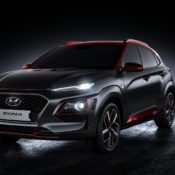 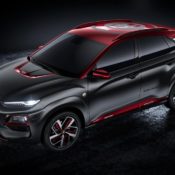 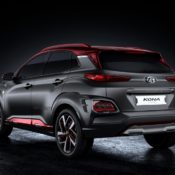 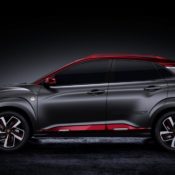 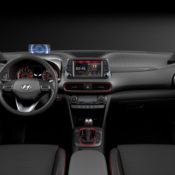 “Hyundai’s ongoing collaboration with Marvel is a great way for us to become a part of what people are interested in and engage with a highly passionate fan base,” said Vice President Minsoo Kim, head of Marketing Division, Hyundai Motor Company. “Our relationship is more than just product placement as we aim to create custom experiences that resonate with the Marvel audience. The Kona Iron Man Edition is a perfect example of blending our two worlds together into one special vehicle that we hope will excite fans of both brands all around the globe.”