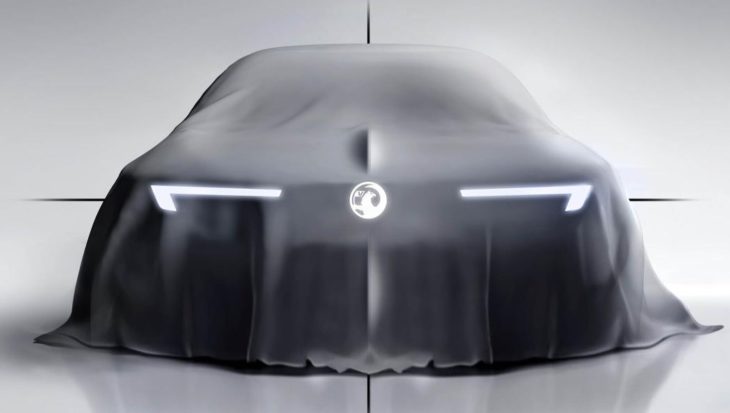 Vauxhall is in the process of redefining the brand with something they call the PACE! strategy, and part of that is introducing a new design language. They are now preparing to give u a glimpse of the new look, which is in the slow cooker for mid-2020s release, through a Vauxhall Brand Concept set for debut before the end of the year.

The teaser image they have released of this intriguing Vauxhall Brand Concept does not really betray much apart from the shape of the car’s LED daytimers. But according to Vauxhall this “template for future production cars” boasts many cues from the 2016 GT Concept in “simple surfaces, strong proportions, bold graphics and seamless integration of glass and body.” There is also a compass theme going on here, invented by the company’s VP of design,which is apparently about the lines that emanate from the prominent Griffin emblem on the front grille. Looking forward to what is that all about.

‘Design will be at the heart of everything that we do in future,’ said Mark Adams, Vauxhall’s Vice President Design. ‘It will truly differentiate the Vauxhall brand, and make it sharper and more relevant to our core values. We are a proud British brand and design inspiration is all around us in the UK – from the bold ingenuity of James Dyson to the pure designs of Jonathan Ive – and this concept will embody that.’