Latest @ MW
Home /Will There Ever Be Another Clarksonian Top Gear? 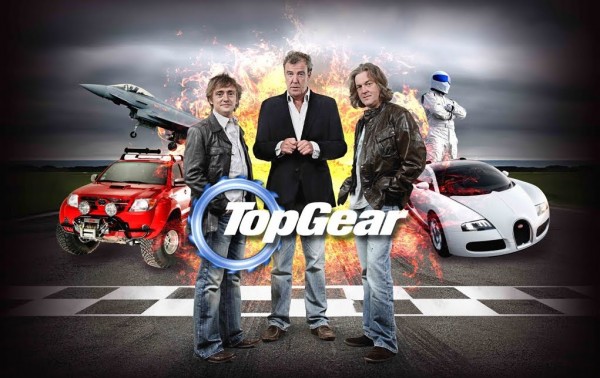 Before you say anything, The Grand Tour does not count. It is just not in the same league as the Top Gear when it was led by those three knuckleheads we all know and love. Will there ever be anything matching the quality, the charm, the uniqueness of that show which appealed to anyone and everyone?

Or was that a one-time thing, a lucky incident that brought those three guys, Hammond, May and Clarkson, together with the right producers, the right editors, the right cameramen, the right venue, and the right network? I suppose one should also mention the right country, because as the Grand Tour has shown us that composition just does not work in any other setting other than a purely British backdrop. I don’t think it is an exaggeration to call Top Gear’s Clarkson era the golden age of motoring television. It’s been kind of downhill since then.

Of course, the trio are still very much around, and they are still making motoring shows and attend motoring events all around the globe. But you only have to watch an episode of the old stuff, even a crappy one, and then the best episode of the Grand Tour to realize it is just not the same. Part of it is, unfortunately, the guys getting old and knackered, even though they can still cut it when it comes to putting everything on the line for the sake of a quality film. But it has to be said, a huge part of the success of the middle Top Gear, as it should be called now, was because of the BBC and the “unique way” it operates.

It’s not just the motoring shows, either. Compare any BBC show with its equivalent from other networks and the difference is immediately apparent. To put it in a way car people would understand, BBC shows are like Mercedes and BMWs and Audis, while the same shows from other networks are like Hyundais and Kias and Subarus – good and respectable, but not as great. Why is it, then, that BBC’s new Top Gear is so… rubbish? Okay, maybe rubbish is a harsh term to use. But again, just compare it to the middle one and you realize what I’m on about. The reason for that, I think, is because after the whole Clarksongate the BBC tried to make the show politically correct, even though everybody knew that a big part of Top Gear’s success was always how un-PC its presenters were.

So they brought in a female presenter from Germany, a celebrity one from America, and distributed the English parts among a person of color, an immigrant (if that’s what Chris Harris is), and an old guy because God forbid somebody accuse them of being ageist. And we don’t even mention the Chris Evans fiasco because the poor guy has got enough stick already. Now, the cast is not that bad to be honest (or rather it wasn’t, because Matt LeBlanc has since dropped out), but they are either clueless as to what made the original show great, or are restrained by the top brass. They have stopped the new Top Gear from getting controversial to the point of making it dull. There were times that we’d rather have watched Top Gear America instead!

So yeah, maybe that Top Gear was a one-time thing, never to be repeated again. Dammit, Clarkson, you stupid idiot. Did you absolutely have to punch that producer?