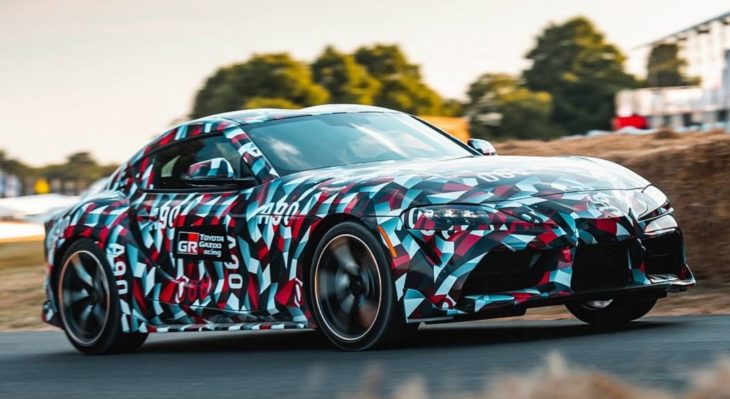 It is always very exciting when a legendary car makes a comeback after years of absence. In the case of the new Toyota Supra it is doubly exciting because unlike mot comeback legends, this is not a million-dollar supercar no one can afford. It’s a mid-range, blue-collar sports car… or at least it should be.

The things we are hearing about the new Toyota Supra, we have to say, are for the most part encouraging. They say the car’s going to be a light and nimble and compact. They say it will have a couple of powertrain options, both of which satisfactorily powerful for their size. And they say it won’t cost an arm and a leg. That would be the purview of its German twin, the BMW Z4. In short, the new Supra will be everything we wanted the GT86 to be.

But if you remember the hype for the GT86 back in 2012 and 13, you know that not everything they say will turn out to be true. So in this article we want to ignore all the reports and rumors and just day dream a little, make up our own specs for a dream new Supra. It’s a bit late to that about the design of the car, as it’s been finalized and we’ve been given a good look at it in various concepts and prototypes. And we have to say we’re not entirely blown away by it. But anyway, onto the specs…

The engines Toyota is considering for the new Supra is said to be a 2.0 liter BMW unit and an in-line six built by Lexus. So no boxer, like we got with the 86. The V6 sounds delicious, but in our mind the Supra is always in a turbocharged car – a heavily turbo’s machine with a little bit of a lag when you push the accelerator and a massive turbo whine as it gathers up wind and catapults you forward. So we’re down with the 2.0 liter here, provided it makes close to 300 horses because anything less just won’t cut it.

It is a given that the 2019 Supra will be a rear-whee-drive car, but Toyota is not going to make the mistake they made with the 86 and give it a super-loose back-end. The 86 had that, and although it was fun for a while when you first got to play with it, for everyday use that loose ass was a liability. So we would like to see a nice and taut limited-slip diff in the Supra with a robust traction control system. That said, we would want to be able to shut the TC completely off when we’re in mood for a spot of powersliding.

Needless to say we’d want a manual gearbox in there, preferably one as sweet at the GT86’s. Still. if they gave us a fast and well-programmed automatic with paddle shifters, we wouldn’t complain. We would want to keep the Supra light though, no heavier than 1,250 kg, which would be a tall order for the production car, we acknowledge. So we would settle for an unplugged versions, as it were, where they have done away with all the useless techy features. We’d chuck away the blind spot radars and pedestrian detection, remove the infotainment with its Android Apple bullshit, limit the number of airbags to four, and fit no rear seat at all because what’s the point. Also no digital dashboard, please, and we’d take buttons and knobs instead of touchscreens.

The thing is though, the new Toyota Supra is not a niche car like the 86 was. It shares a platform with a car from another company, and they have already announced like ninety two racing series for it. They’re even sending this thing to NASCAR for crying out loud. All of that means the Supra will be specced not by a group of enthusiasts in the company, but by a marketing committee. And that’s where things could go wrong.