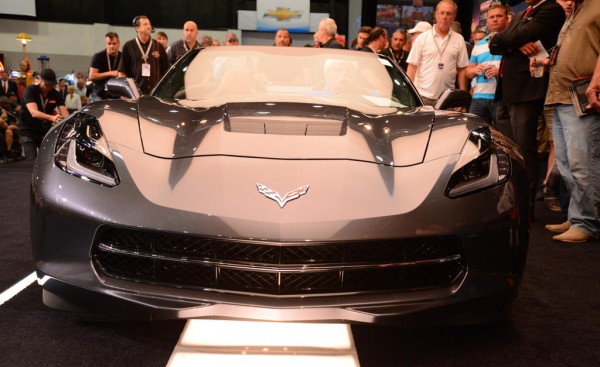 As promised, Chevrolet auctioned off the very first production unit of the Corvette Stingray Convertible at Barrett-Jackson Palm Beach event. And it was a case of deja vu, as the same guy who bought the first Corvette Coupe buys the first Convertible too, and pays pretty much the same amount of money for it.

We are talking about NASCAR royalty Rick Hendrick who back in January spent $1,050,000 USD on the first Stingray. His winning bid for the Stingray Convertible was $1,000,000, all of which will be going to the Barbara Ann Karmanos Cancer Institute.

This is a great way of doing charity work and Rick seems to be enjoying it big time. Spending two million dollars on two Corvettes may not seem very logical, but the ultimate goal here was to raise as much money as possible for charity. Owning the first ever production model is just a bonus. All car makers should in fact make this a tradition.

Corvette Stingray Convertible will hit the showrooms in a few months. It is expected to cost between 60 to 70 grand. 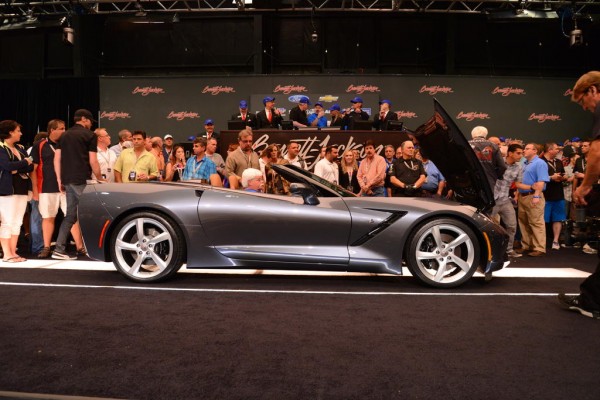