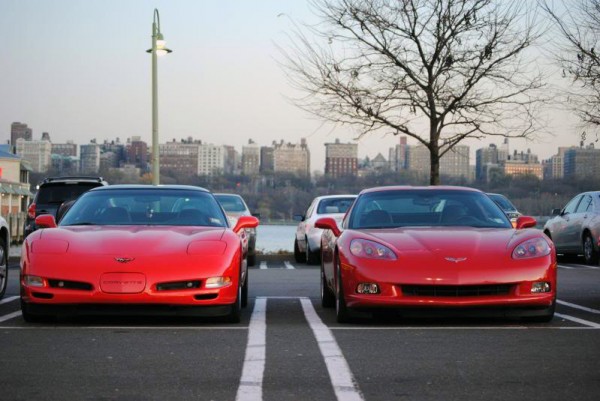 While the long waited Corvette C7 is still on its way to our homes, we’ve decided to go a bit back in time and make a comparison between the 2 latest Vette models, the C5 and the C6, so that it’ll eventually help with the vision of what the differences between the C6 and the C7 will be.

The sixth-generation Corvette is not some slightly modified version of the 2004 Corvette; it is an almost entirely new car in every sense of the word. From the completely redesigned suspension to the larger, more powerful engine, the long-awaited upgrade from C5-generation to the C6-generation has significantly shaken up the world of sports cars.

With a 400-horsepower engine and revamped interior design, the 2005 Corvette certainly makes a bold statement. Despite having a 350-horsepower engine, the 2004 Corvette has a traditional feel that is less visible in the 2005 model. According to Kelley Blue Book, the 2004 2D Corvette Coupe has an estimated retail price of $20,662, which is approximately $2,000 less than the retail price of the 2005 2D Coupe Corvette. In order to see the significant differences between these Corvettes, it is important to examine external design, interior features, engine power, fuel economy, dimensions and suspension. 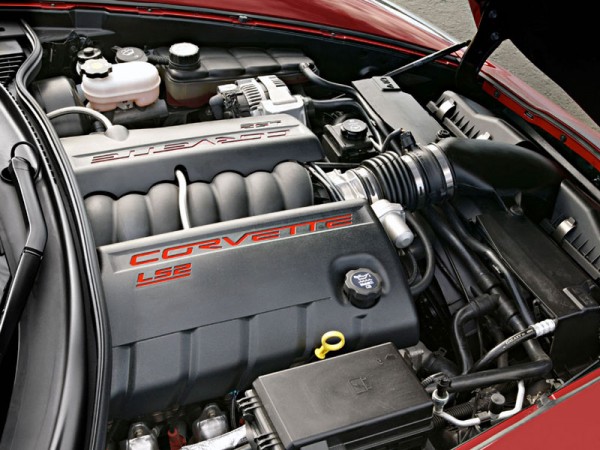 One welcomed difference between these vehicles lies in the redesigned suspension system. The 2005 Corvette has undergone a comprehensive remodeling of steering gear and stabilizers, which provides improved handling and steering control when compared to the 2004 model. Moreover, it is the upgraded suspension options for the C6 that make it stand out above the C5. The three possibilities on the sixth-generation Corvette are Standard FE1, F55 Magnetic Selective Ride Control and the Z51 package.

The 2005 Base Coupe Corvette comes equipped with a 6-liter V-8 engine, while the 2004 Corvette with the same trim harnesses a 5.7-liter V-8 engine. With an automatic transmission, the 2004 Corvette has 360 foot-pounds of torque at 4000 rpm. However, the C5 engine pales in comparison to the larger, more powerful engine mated to the C6. Boasting 400 horsepower at 6000 rpm and 400 foot-pounds of torque at 4400 rpm the 2005 Corvette comes close to giving the Porsche 911 a run for its money.

A Need For Speed 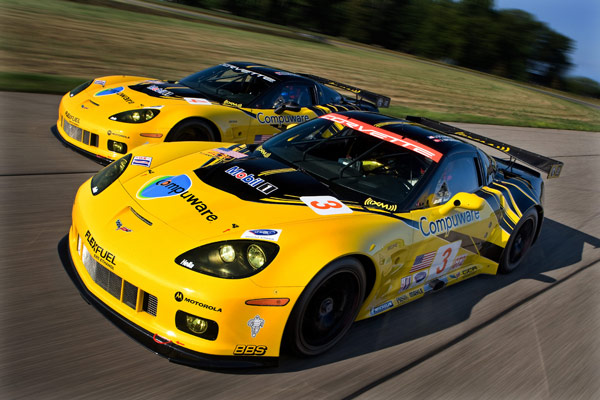 When comparing acceleration and vehicle speeds, there is no doubt that the fifth-generation Corvette scores the silver medal while the sixth-generation wins the gold. Clocking in at 5.3 seconds going from zero to 60, the top reported speed for the C5 Coupe is 175 mph with a 60 to zero braking distance of 125 feet. On the other hand, the C6 Coupe revs at a top speed of 186 mph, going from zero to 60 in 4.2 seconds with a braking distance of 110 feet. In a side-by-side comparison, the automatic 4-speed C5 and C6 Corvettes shell out 26 mpg on the highway. The 2004 Corvette wrangles up 17 mpg on city streets while the 2005 model makes 16 mpg on highways.

Weighing in on these two Corvettes, one key difference rests in the their respective curb weights and heights. In terms of overall length, the C6 Corvette has been cut short, with the C5 having nearly five extra inches on the sixth-generation. With 3,210 to 3,246 pounds in curb weight, the 2005 Corvette is a bit heavier than its lighter, 3,170-lb counterpart. Despite outweighing the C5, the C6 is feels light and is geared toward a more precise ride that facilitates a centered driving sensation that really puts you in the driver’s seat. As Modern Racer explains, it makes you feel “plugged into this car.”

In the case of electrical breakdown, the 2005 Corvette will invariably win-out over the 2004, due to the unseen key system that backs it up. While the 2004 Corvette does have remote power locks, the 2005 version has a “smart key” or “smart card” option that allows for remote ignition starts and the ability to lock and unlock the vehicle centrally. 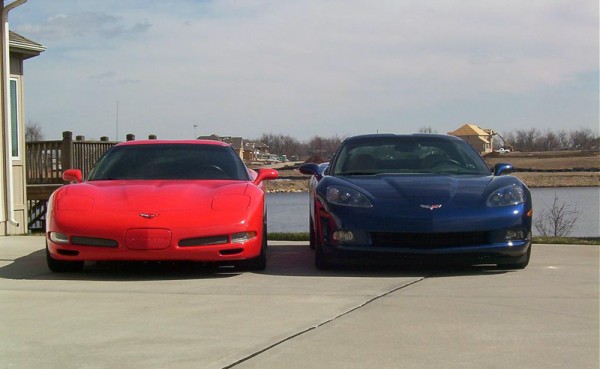 One element of differentiation between the 2004 and 2005 Corvettes lies in their greenhouse shapes. The C6 Corvette has a deep side cove with a B-pillar that inclines backward, whereas on the C5 Corvette the B-pillar leans forward. The vertical pillars on the C6 are also more defined, lending a bolder body style to the 2005 Corvette when compared to the more demure 2004 version. Both cars have what Motor Trend calls a “bubbletop roof contour,” but the 2005 version looks strikingly dissimilar than the 2004 Corvette due to a different-looking front fender that is longer with a deeper ridge. 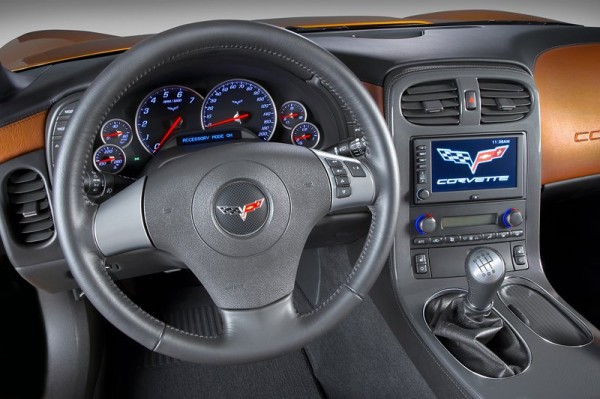 While exterior features create the lustrous look of the Corvette, it is the interior design that creates the comfort. Both the 2004 and 2005 models have two-passenger seating but the internal dimensions differ slightly. The 2005 Base Coupe Corvette has 43.1 inches in front leg room, whereas the 2004 Base Coupe only has 42.7 inches in front leg room. Despite having more leg space, the 2005 Corvette has less cargo room than the 2004 Corvette. With all seats in place, the 2005 model has almost three cubic feet less of cargo space than the 2005 model. Full leather upholstery enhances the modern feel of the 2005 Corvette interior, while the 2004 version exudes a more traditional feeling with leather seating and vinyl trimming.

A controversial difference between the Corvettes rests in the illustrious “disappearing headlamps.” Unlike the 2004 Corvette’s hidden, fixed headlights, the 2005 model has modernized Xenon headlights that are encased in transparent plastic. According to Motor Trend, this feature is especially popular in European markets where flashing high-beam headlights to pass is more common than in American markets. Traditionalists may argue that trading in the covered, conventional headlights compromises the Corvette’s trademark feature, but still, something can be said for the sleeker, uncovered headlamp style.

Overall, the C6 has undeniably considerable differences from the C5 Corvette. From a new, modern headlamp to more athletic looking dimensions, the 2005 Corvette is an almost completely revamped version of the older 2004 model. In terms of performance, both automobiles have multi-point fuel injection with an 18-gallon fuel tank that takes premium unleaded fuel. All in all, the greatly anticipated unveiling of the C6-generation Corvette conjured up ideas of a totally restructured automobile. Although the 2005 Corvette was well-received by the public, advertised as having an entirely brand new suspension system and more powerful 400-horsepower engine, some auto enthusiasts argue it is not as different from the 2004 model as had been promised.