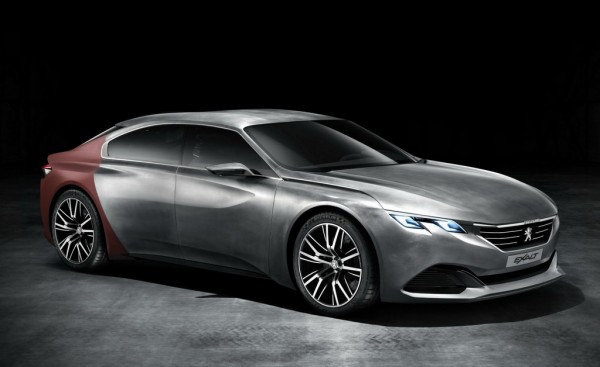 Peugeot today releases further details and pictures of their new Exalt Concept, set for 2014 Beijing Motor Show debut. Peugeot Exalt is a follow-up to the Onyx Concept, exploring new materials and design ideas that could someday be used in the firm’s production models.

Peugeot Exalt is a 4.70 meters long five-door saloon boasting flat surfaces and straight cut lines for a unique look. It features hand-beaten bare steel bodywork inspired by production methods of the twenties and thirties. But that’s the only thing old about this car.

The Exalt uses a new material called Shark Skin. It is an efficient textile resulting from bio-mimicry and resembling the texture of real shark skin. Peugeot says the material is not just a styling element complementing the bare steel, as it also has aerodynamic benefits.

Another highlight of the Exalt is a spacious boot featuring wood lining and motorized mechanism for wide opening. This leads us to the interior, which take Peugeot’s i-Cockpit concept to the next level. It features a small wheel trimmed in leather and ‘chiné’, a natural wool-based mixed fabric, and the digital instrument panel. A second screen controls the car’s function such as infotainment and air con. This results in a neat and clean design, complemented with nine Toggle Switches inspired by musical instruments.

The 1,700 kg Peugeot Exalt is powered by a plug-in HYbrid4 drive train, consisting of a 1.6-litre THP 270bhp unit and a 50kW electric motor. Together they send a total maximum power of 340bhp to all four wheels via a six-speed automatic transmission. 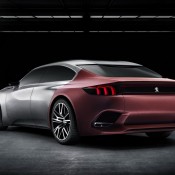 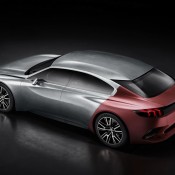 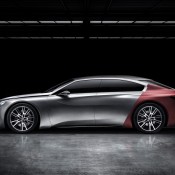 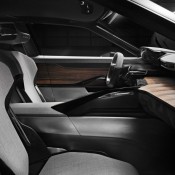 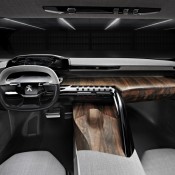 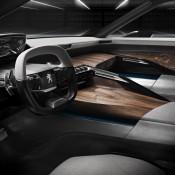