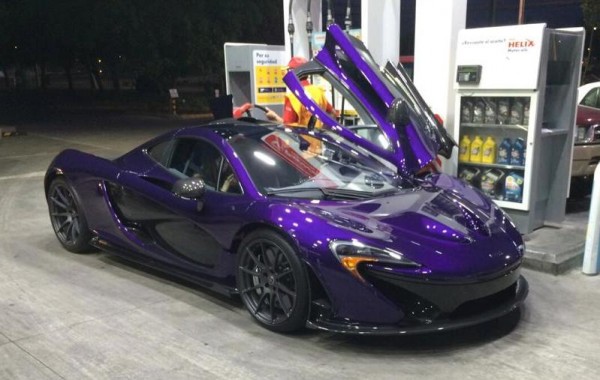 Chile, and South America in general, is not really know for its supercar scene. But as it turns out, the country has a small group of elite citizens that enjoy the high life, as shown with their cars. After the Pagani Zonda RS, now an absolutely unique Purple McLaren P1 has been spotted out and about in Chile.

The beautiful hyper car was spotted filling up at a petrol station next to rough and tumble pickups and SUVs; cars better suited to the country’s mountainous roads than a fragile speed machine. The Purple McLaren P1 features a unique metallic finish, somewhat similar to the one of a kind paint job we saw a while ago on C J Wilson’s car. It also has clear-coated carbon fiber wings, roof, and mirrors, plus matte black wheels. 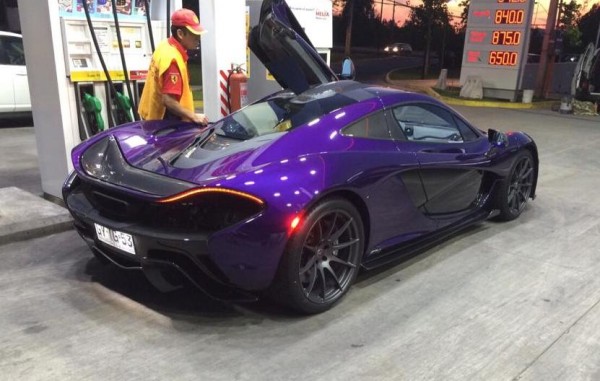 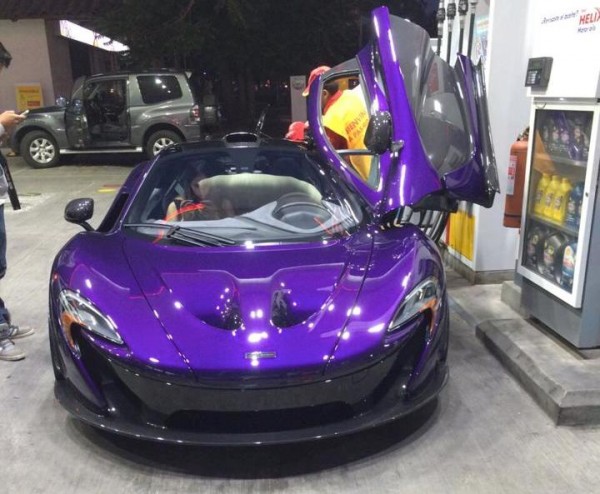