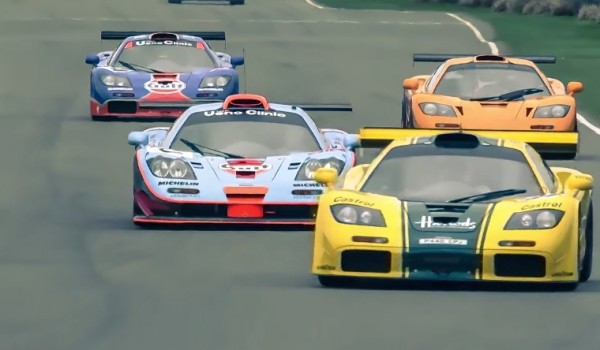 As we showed you a few days ago, the Goodwood’s 73rd Members’ Meeting event this years hosted the largest ever gathering of McLaren F1 GTR race cars in history. There really is no need to explain why this is a big deal, so let’s jump right into the actin and see these awesome machines slug it out on the race track.

Of course, you have to be kind of old to remember the McLaren F1 GTR its glory days at Le Mans. But such is the prestige and significance of this car that even those who see it for the very first time never fail to fall for it, if just for the way it looks.

McLaren F1 GTR is one of the most formidable looking cars of all time, and not just because of its ‘long tail’ and the rear spoiler. The F1 boasts a timeless classic design that gets better and better with age. What’s more, even today, decades after it was first introduced, there are only a handful of modern products that can rival the F1’s speed and performance on the race track.

McLaren recently launched the P1 GTR which is the successor to the F1 GTR only in name. Unlike the F1, the P1 GTR is nothing more than a track toy for the rich folk. It’ll never see action like the F1 did.