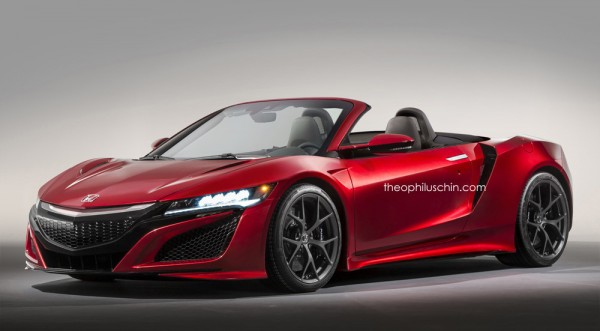 We’ve been hearing about the new Acura NSX Roadster, the drop-top version of the recently released NSX super car, for quite a while now. Well, maybe these photos here will finally make the company’s brass to go ahead and officially announce it. We all know it’s coming, and it will almost certainly look like this.

These renderings of the upcoming Acura NSX Roadster seem pretty much spot on. Unless Acura decides to surprise us and go a totally different way with the looks of the Roadster, this would be what the car will look like in production form. The roof arrangement remains a mystery for the time being, but chances are a soft-top, since there’s much room on top of the NSX’s engine for an elaborate folding hard top. 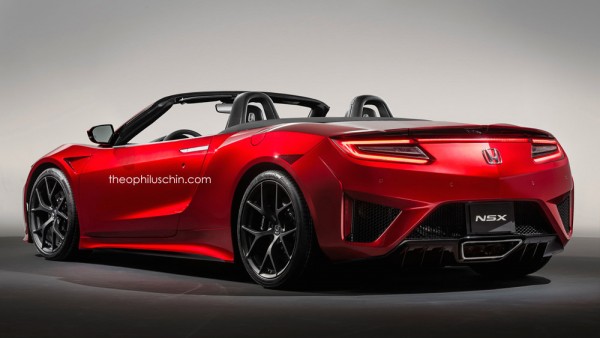 Acura NSX Roadster will get the same powertrain as the coupe, which means it’ll have a twin-turbocharged V6 unit boosted by a couple of electric motors and mated to a 9-speed transmission which is part of the Super-Handling All-Wheel Drive (SH-AWD) system. The system is good for 573 horsepower which is a decent amount, but those who have driven the car complain that it feels kind of numb and detached. So that’s something for Acura to address in the Roadster.