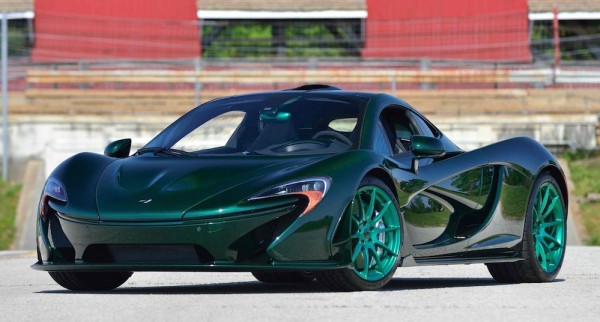 Remember this one-off Green on Green McLaren P1 MSO? Turns out the owner had ordered it not as something he would cherish for a while and then pass on to his kids, but rather as an investment. The car is now sent to Mecum Auctions to be sold at their Monterey 2016 event next month.

That begs the question why did the guy ordering this Green on Green McLaren P1 from the factory went for this color scheme. The car boasts a green carbon fiber body, green wheels, and green carbon interior, all built specially for this car by McLaren Special Operations. That dud is clearly someone else might share his love of color green, and he might not be disappointed because we know of at least one other dude with a thing for green McLarens.

The 2014 Green on Green McLaren P1 hits the auction block with only 576 miles on the clock. It is one of the earliest production P1s with chassis number 000002. It also boasts some nice options such as leather seats instead of Alcantara, green stitching, and Meridian sound system. It will be interesting to see if it will sell and at how many millions. For now let’s just enjoy looking at it some more: 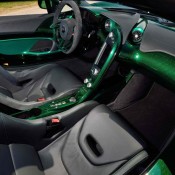 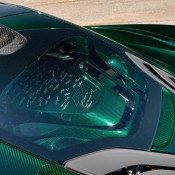 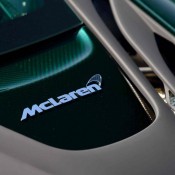 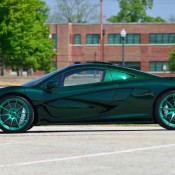 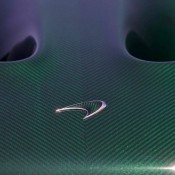 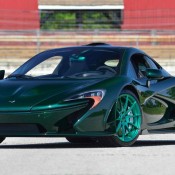 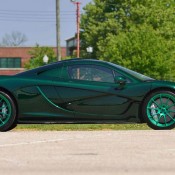 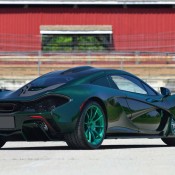 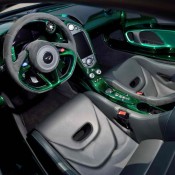 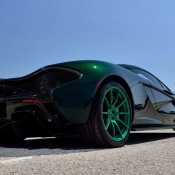 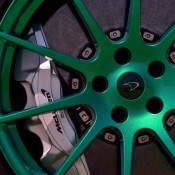 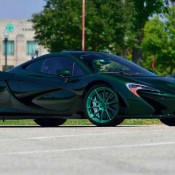