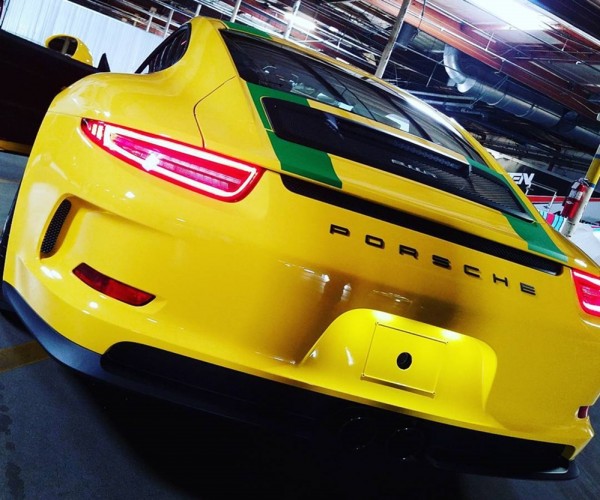 Steven Aghakhani is one of the few people on earth for whom you can use the term ‘boy racer’ in the literal sense. He is a young boy, an 8th grader to be exact, who races cars. And when we say race, we do mean race, as in actual events with cars like McLaren 650 GT3 and Lamborghini Super Trofeo. Anyway, Steven has just got a new toy… a unique-spec Porsche 911 R.

It’s just like the Hot Wheels cars you’ve got, only Steven’s Porsche 911 R is full-size, real, and it actually works. What’s more, this 911 R is pretty much a one-off in the way it’s styled with racing yellow body and green stripes, plus black leather, yellow stitching, and carbon fiber interior, and a sill plaque with Steven’s name on it. It must have cost Steven’s father, Armik Aghakhani, a pretty penny, seeing as a tastless, stripeless 911 R has just gone on sale for around $600,000 USD. 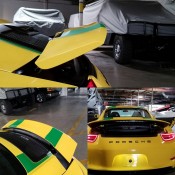 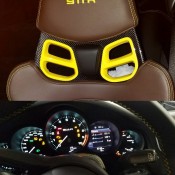 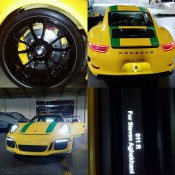 Racing from a young age is the only surefire way of finding a place in the world’s top motorsport fields when you are in your 20s, and Steven seems to be well on his way there. He started karting at 7 and by the time he was 12 he was drag racing McLarens and maxing Bugatti Veyrons. Now these activities might seem like a distraction from his racing career, but cut him some slack, he’s a young man. And young men just love fooling around with cars.