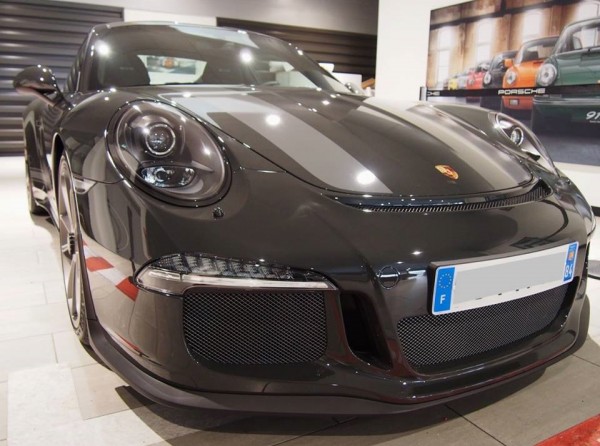 A Porsche dealer in France has just delivered an utterly unique Slate Grey Porsche 911 R which, next to Aghakhani’s Senna-inspired R, must be one of the most special examples of this model. This car is apparently a tribute to Steve McQueen and featured the late actor’s most famous remark on its side sills.

“Racing is life. Anything that happens before or after is just waiting,” goes the saying, which may not be very profound, but to a car it’s right up there with ‘love thy neighbor’ and ‘don’t eat pork!’ The highly personalized Slate Grey Porsche 911 R Inspired boasts custom stripes as well, plus yellow brake calipers and sill graphics, carbon seats with Tartan fabric upholstery, and unique carbon interior trim and a plaque announcing that it is car #967 of 991.

Seeing as a fairly uninteresting, stripeless 911 R was recently spotted for sale at a whopping $600,000, we reckon this highly special Slate Grey Porsche 911 R could easily fetch up to 800K. At this rate it is only a matter of time before the R becomes a million dollar car, especially since it is nearly at the end of its limited 991-unit production run. This car is the ultimate in art of taking stuff off a car and then charging people more for it. 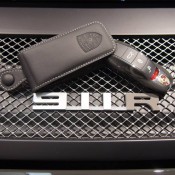 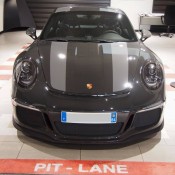 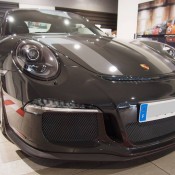 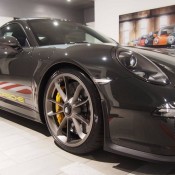 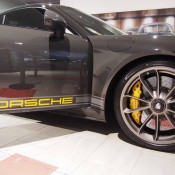 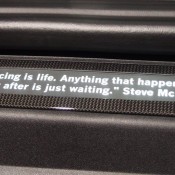 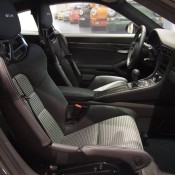 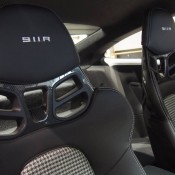 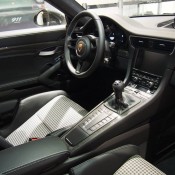 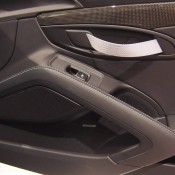 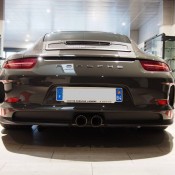 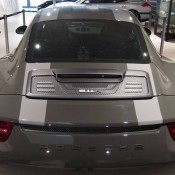 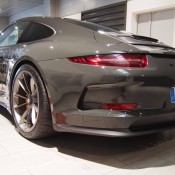 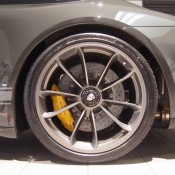 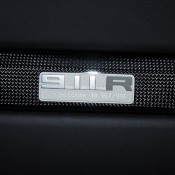