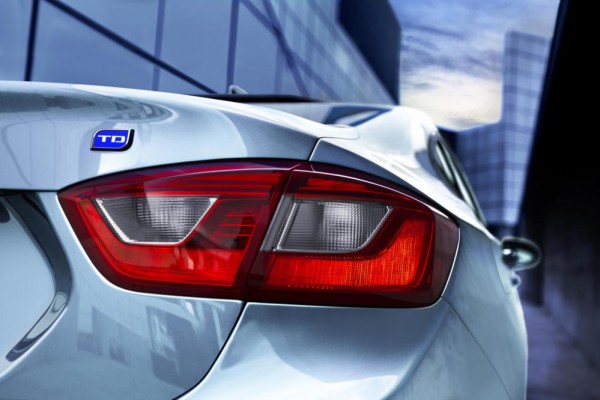 It is rather sad that one of the last efforts of EPA before Trump closes its doors was to rate the fuel efficiency of something as dull as the Chevrolet Cruze Diesel. But, nevertheless, it is a service done unto those looking for a frugal sedan that isn’t a hybrid and therefore quite affordable. This eco sedan does 52 mpg which corresponds to an estimated range of up to 702 highway miles on one tank of diesel fuel.

Americans, of course, aren’t huge diesel fans and to be honest the Eotec 1.6-liter inline four-cylinder turbo-diesel engine in the 2017 Chevrolet Cruze Diesel doesn’t help much with its dismal 137 horsepower. It is a torquey engine though, packing a 240 lb-ft of torque (325 Nm) punch which translated on the road into decent pulling power and less enjoyment with the six-speed manual gearbox because you can stay within the power curve for longer. You can opt for a Hydra-Matic nine-speed automatic transmission that includes fuel-saving stop/start technology, but with that you get around 47 mpg.

2017 Chevrolet Cruze Diesel Sedan starts at $24,670 including $875 destination charge. The kit on this car includes available OnStar with 4G LTE connectivity and built-in Wi-Fi hotspot and available Android Auto and Apple CarPlay compatibility through Chevrolet MyLink. Later in the year a hatchback variant will be added to the range.

“Chevrolet is dedicated to offering customers a wide range of propulsion options. We know there are customers looking for the right combination of fuel efficiency, driving dynamics, fuel type and more. With the EPA-estimated 52-mpg highway Cruze Diesel Sedan, they can get it all,” said Steven Majoros, director of Chevrolet Marketing.