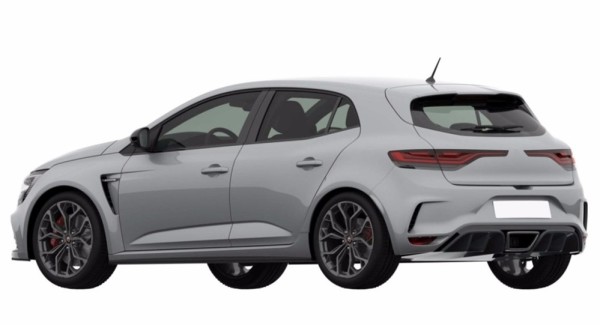 RenaultSport is currently bang in the middle of their teasing campaign for the new 2018 Renault Megane RS, so they won’t be liking this very much. The object of their teasing has now been completely revealed, albeit in leaked patent images, and the mystery is no more.

Thanks to this act of mild industrial espionage we now know that the 2018 Renault Megane RS, thank goodness, is not all cutesy and adorable like its predecessor. It’s become sharp and angular and aggressive. It looks like it’s out looking for a fight, which is exactly what a proper hot hatch should look like. The new bumper features air intakes apparently modeled on Rocky’s mouth and there are side strakes like you get on an Aston Martin or stuff like that. The rear end is also cool,what with a large diffuser, extra vents and a large central tailpipe. But we have to say those signature Renault taillights are a bit of a let down.

Technical specifications are yet to be confirmed for 2018 Renault Megane RS, but the French have already let us know the new hot hatch comes with a choice of Sport or Cup chassis and with manual or dual-clutch transmissions, plus 4Control all-wheel steering. The new Megane RS is no doubt going to be the most exciting car Renault has launched in recent memory, with the exception of the new Alpine A110.