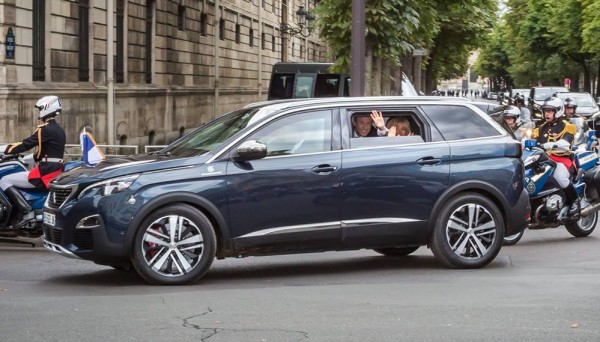 After enjoying a DS7 Crossback from Citroen for a while, French President Emmanuel Macron switched on Bastille Day to that car’s sister, the Peugeot 5008. The man evidently has a penchant for mid-range French SUVs, and we have to admit it is pretty cool.

It is cool because most men in Macron’s position would think of themselves as this big shot who deserves the best and most luxurious stuff. This guy though, he’s down to earth and is perfectly content riding around in a regular SUV which, for all we know, is not even bulletproof. Doing this Macron let the working classes know he is one of them while at the same supporting France’s auto industry. After all, it is a pretty big endorsement when the President of the country uses your products.

The new Peugeot 5008 SUV, launched since the beginning of June in France, is produced in the factory in Rennes and benefits from the “French Origin Warranty” label, awarded by the Pro France association following a certification procedure carried out by Bureau Veritas. The new Peugeot 5008 is a new dimension SUV with a powerful style, designed for people wishing to get rid of the traditional silhouettes. The presidential car is a unique vehicle, with specific adjustments meeting the requirements of enhanced security. So turns out it is bulletproof after all. 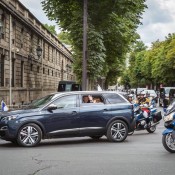 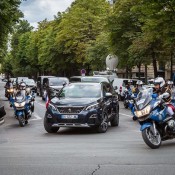 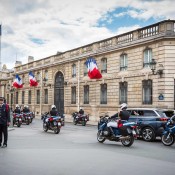 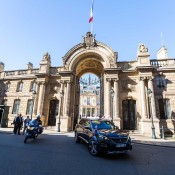 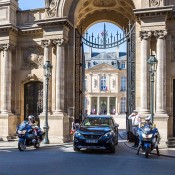 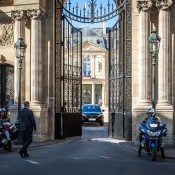 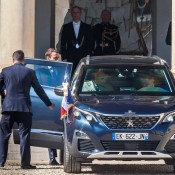 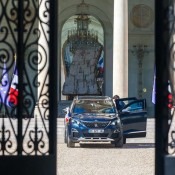 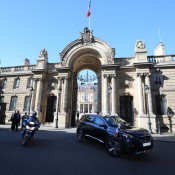