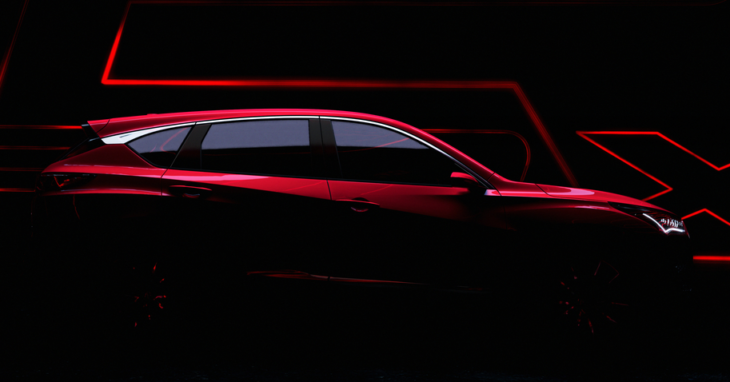 An intriguing teaser released by Acura announced the debut of an all-new version of their premium SUV at the Detroit Motor Show (NAIAS) next month. The 2019 Acura RDX, to be revealed in prototype form at the show, boasts expressive exterior design and a completely new interior.

In creating the new 2019 Acura RDX the company has utilized the recently developed concept of “Precision Crafted Performance” which you may heard before, about the NSX supercar. This tells us the new RDX SUV, the third-generation of the car, will have a cool and sporty look about it. The teaser video, though not very revealing, seems to confirm this:

Another highlight of the 2019 Acura RDX is that will be built on a new, Acura-exclusive platform. the luxury SUV benefits from Acura Precision Concept and Acura Precision Cockpit concepts. In plain words, the first concept lends to RDX a low, wide and sleek appearance on the outside, while the latter give it new interior design, user interface and operating system exclusive to this model.

It is not yet known what sort of engines the best-selling SUV will feature in its entirely new generation, but chances are an improved version of the 3.5-liter SOHC i-VTEC V-6 engine with Variable Cylinder Management (VCM) cylinder deactivation technology wil be part of the options list. We could also see an intelligent hybrid system offered for this model. As before, you can choose between front- and all-wheel-drive configurations for the drivetrain.