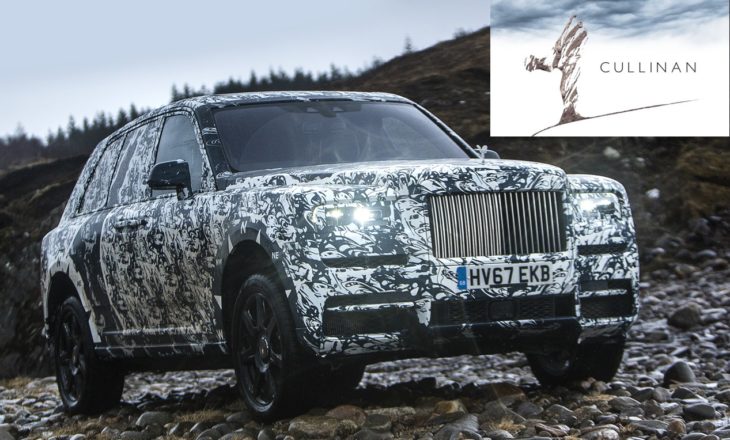 Taking the whole concept of teasing campaign to an entirely new level, Rolls-Royce announced a partnership with National Geographic for the promotion of the new Cullinan SUV as it undergoes final real world testing. In this campaign the Rolls-Royce Cullinan will be followed by NG’s photographer Cory Richards who will be documenting the car’s journey around the world.

In these final series of tests Rolls-Royce Cullinan will tackle a variety of terrain and weather conditions, proving with films and photos that it really is the Rolls-Royce of SUVs. The Final Challenge will kick off  in the Highlands of Scotland and continues through the Alpine snowfields of Austria, the arid deserts of the Middle East and finally across the toughest terrain in the United States. The idea is to illustrate the fact if the Cullinan can take this kind of punishment without braking a sweat, it’ll have no issues taking your spoiled Hampstead kids to school everyday.

“I promised the public three years ago that I would involve them in the development and testing of the Rolls-Royce Cullinan, and I continue to keep that promise by making The Final Challenge, a public trial,” comments Torsten Müller-Ötvös, Chief Executive Officer of Rolls-Royce.  “Today’s public and customers will see Rolls-Royce in a wholly new light as Cullinan demonstrates just how capable a Rolls-Royce can be. And in a few short months, our customers will be able to experience this capability for themselves as they get behind the wheel of this truly compelling Rolls-Royce that is Effortless, Everywhere.”