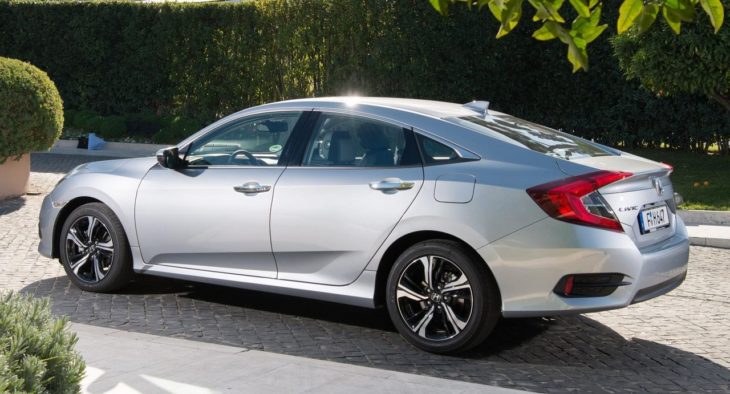 The British market has long been familiar wit the hatchback version of the Honda Civic. Now it is getting ready to embrace the sedan version. The 2019 Honda Civic Four Door Saloon will hit UK showrooms from August with two powertrain choices.

The Brits are a people with great commonsense and so they have always preferred the practicality of a hatchback to the somewhat cooler style of a saloon. But the Honda Civic Four Door might be able to win them over. For one thing, the sedan Civic is a bit less Samurai in its design than the hatchback, which means it will take a while before it becomes annoying to look at. It is just as sporty as the hatch but more dignified,  and we reckon that is enough of a reason to consider it over the hatchback version.

Made in Turkey, the Honda Civic Four Door Saloon will be available in the UK with two powertrians. The petrol model boasts the 1.0 i-VTEC unit hatchback buyers are already familiar with. The diesel gets a 1.6 i-DTEC. The former comes with either the CVT or manual transmission, while the latter gets the same manual transmission or a new nine-speed automatic. The diesel will probably be the more popular version on account of it being punchier and, all things considered, more efficient. Detailed specs and pricing will be announced closer to launch. 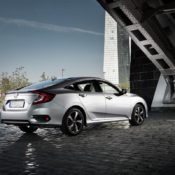 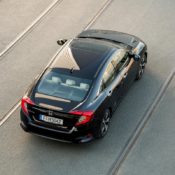 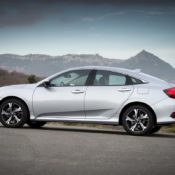 Phil Webb, head of car at Honda UK, commented: “The Civic is a core model for Honda in Europe and has been at the heart of the brand’s strong sales and manufacturing heritage, with the hatchback built in Swindon. The arrival of the saloon to the UK market compliments the Civic family and will be a great addition to our showrooms alongside what is already a very successful range for Honda.”