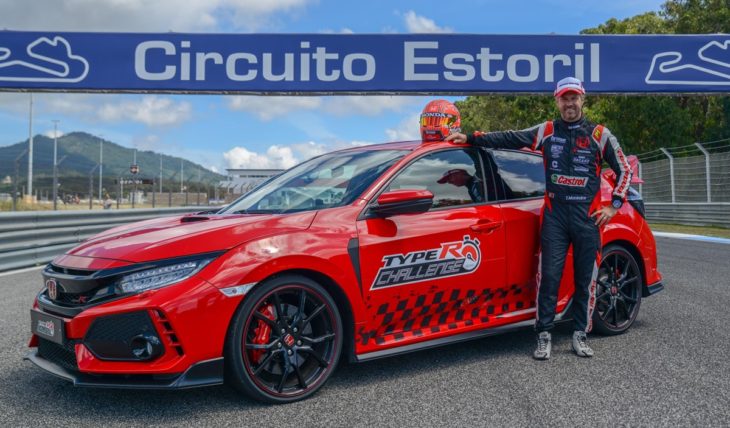 Estoril, Portugal’s finest race track and one of the world;s top F1 venues, now has a new lap record for front-wheel-drive production cars. That record is 2 minutes, 1.84 seconds, and it was set by the amazing 2018 Honda Civic Type R hot hatch. We must also not forget the role WTCR driver Tiago Monteiro played in achieving this.

2018 Honda Civic Type R has been on a role for a while now, setting new FWD lap record at noteworthy circuits around the world. Before Estoril it had bagged Spa and Silverstone, and we don’t think it’s going to stop here. As Honda says, “Type R Challenge 2018 aims to break records at five famous European race circuits.”

Though it has somewhat controversial looks, the 2018 Honda Civic Type R is one helluva machine performance-wise. The car features a 320 horsepower VTEC TURBO engine, well-tuned aerodynamics, and sophisticated suspension featuring adjustable damping, among other highlights. With a good driver at the helm, there really is no stopping this bad boy.

Speaking about the benchmark time, Tiago Monteiro said: “We came here with a goal to beat the existing lap record set by the previous car but you can never take anything for granted – I mean it’s a lap record so it’s no easy feat. You have to have supreme confidence in the car to attack around Estoril, and the new Type R is just so powerful, smooth and confidence-inspiring. We beat the lap record, smashed the record actually.”