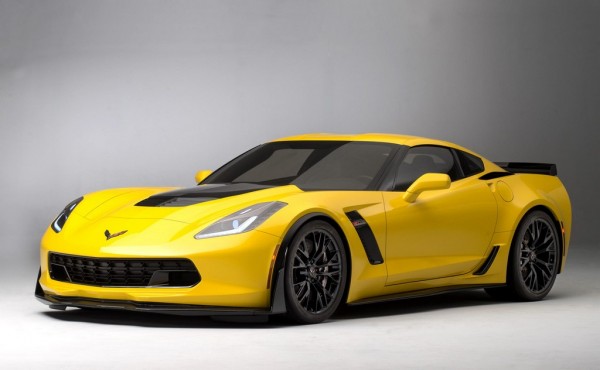 Following the first production unit of the Stingray and the Stingray Convertible, the first 2015 Corvette Z06 went under the hammer at the Barrett-Jackson West Palm Beach auction. And just like the other two, the Z06 cracked the million-dollar barrier.

The first 2015 Corvette Z06 fetched $1 Million, all of which will go to Karmanos Cancer Institute to help them develop new methods for less painful chemotherapy. The buyer of this Z06 is the same man who bought the first Stingray, and the first Stingray Convertible, spending over a million dollar on each – NASCAR legend Rick Hendrick.

Rick himself is a cancer survivor and uses these auctions as an excuse to help and support charities and institutes that fight cancer. GM is probably going to auction off the first Corvette Z06 Convertible for charity as well. It doesn’t take much imagination to realize who’s going to buy that one, and how much he’s going to pay for it!

2015 Corvette Z06 is powered by a 625 horsepower 6.2 liter supercharged V8 engine, mated to a standard seven-speed manual transmission or an optional eight-speed automatic. It will be launched in the American market in early 2015, costing less than $100K.