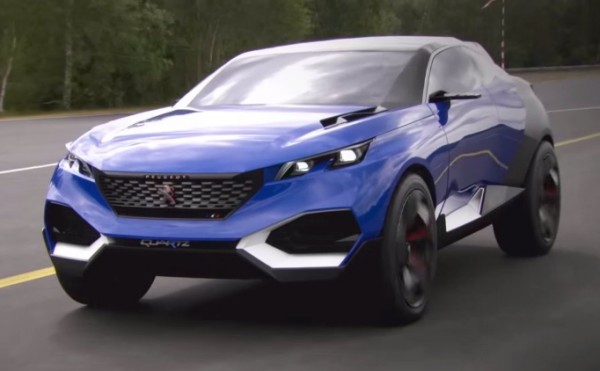 It seems that after decades of making dreary cars, Peugeot is finally back on track, working on nothing but exciting stuff. It all began with the SR1 concept of 2010; a car that didn’t see the light of day itself, but when on to inspire the current design language we see on production models like the 208 and 308. If you want to see where Peugeot is going next you need to look at their current concepts.

And that is what the French automaker themselves are offering in this video. They took the three most important contemporary concepts in their labs to the circuit de Mortefontaine and enlisted director of future products and brand strategy Jerome Micheron to explain them. The video is in French, but you can turn on the subtitle:

Just to recap, the 2+1 convertible Peugeot SR1 is powered by a HYbrid4 system developing 230 kW (313 bhp) with emissions of only 119 g/km of CO2 (0 in electric mode) and has four-wheel drive and steering. The Quartz Concept, our favorite of the bunch, is a sporty crossover boasting 1.6-litre THP 270 power plant with 330 Nm of torque developed by Peugeot Sport coupled with an 85kW electric motor on the front axle. As for the Exalt, the most strategically important concept since it was designed with the Chinese market in mind, the luxury sedan is powered by a petrol HYbrid4 drive train with an output of 340bhp and makes use of advanced and unusual materials.