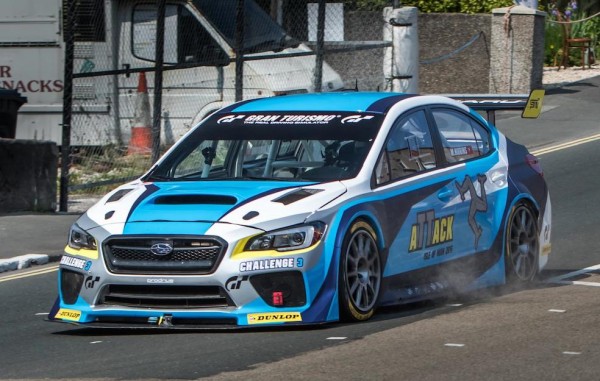 Making good on his promise to break his own record for going round the 37-mile Isle of Man TT Road Course in a Subaru WRX STI Time Attack car, rally guru Mark Higgins posted an astonishingly quick time of 17 minutes 35 seconds. That’s a significant improvement over his previous record which stood at 19 minutes 26 seconds.

A large part of this success is down to the car, the purpose-built Subaru WRX STI Time Attack which was designed and engineered for the super technical course. But watching the footage you can’t help but admire the remarkable skills and fearlessness of Mark Higgins. No wonder he often moonlights as a movie stunt driver.

“It was an amazing run today considering we were running in very hot conditions and the tarmac was quite soft. With lower temperatures we would be making more horsepower, so I still believe we have more left in terms of speed, but it is great to have another record in the bank,” said Mark Higgins. “The chassis on this new car is fantastic to drive. It makes a difference driving a car custom designed for this course. It really allowed me to pick up time in each sector in the more technical parts of the course.”