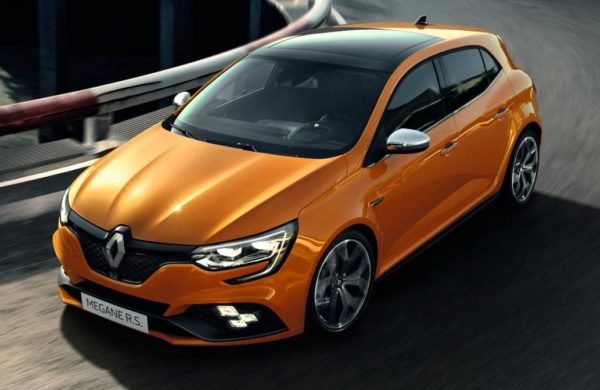 Some say it’s a Golf GTI killer. Others think it will murder the Civic Type R. But these are nothing but speculations. What we can tell you right here, right now is the 2018 Renault Megane RS seems like a pretty damn good hot hatchback. The new boy has 300 horses to play with, and four hands!

Well, what that means in simple language is that 2018 Renault Megane RS has a turbo engine with 280 in normal and 300 horsepower in Trophy guise. It also has 4CONTROL four-wheel steering which makes it a lot easier to make the best of the 390 Nm of torque the engine offers. To slice that power you can use either a 6-speed manual or a 6-speed EDC automatic. That is not all the goodness though. You also get Sport and Cup chassis options, with limited slip differential available on Cup. And there is front and rear hydraulic compression stops to provide additional damping and eliminate the effects of rebound.

That might sound too technical and complicated . But all that stuff work behind the scenes. 2018 Renault Megane RS is tuned on the race track to be a real driver’s car. You won’t notice the magic of redesigned PerfoHub independent steering axis front suspension enhancing stability. What you will be doing is overuse yhe R.S. Monitor Expert. It’s a real-time performance display that can now be connected to a camera and posted directly onto social media. 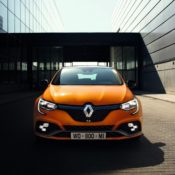 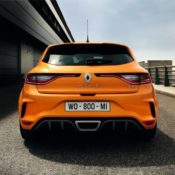 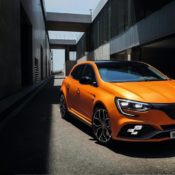 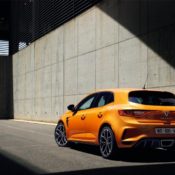 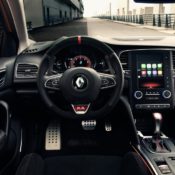 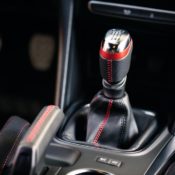 “I was involved in New Renault Mégane R.S.’s development and I am proud to be its ambassador. Thanks to the new technologies it packs, including 4CONTROL technology, New Mégane R.S. is even more efficient and nimble than its predecessor. It’s a delight to drive.” Nico Hülkenberg – Renault Sport Racing Formula 1 driver and Renault Sport Cars ambassador.