While people are still adjusting to the new Senna and Senna GTR, McLaren is in a bit of a hurry to get them talking about their next big thing. That thing is the McLaren BP23, a three-seat hyper GT with central driving position, just like the iconic F1. But they have just revealed that it will be faster than the F1, capable of exceeding 243 mph (391 km/h).

So this new GT replaces the F1 as the coolest McLaren ever. Well, okay, that remains to be seen. But it certainly will be the fastest McLaren ever produced. That kind of top speed also puts the McLaren BP23 in the same league as stuff like the Bugatti Chiron. But one has to wonder, if McLaren could push the BP23 to almost 400 km/h, why didn’t they add a little extra juice to it and make it a real contenders for the title of the world’s fastest hyper car?

That probably has to do with other considerations, such as track times. Powered by a petrol-electric hybrid powertrain, McLaren BP23 Hyper GT is, after all, a McLaren and it has to be good at cornering really, really fast. And you can’t reason with McLaren that they already have enough fast-cornering cars and they should focus instead on breaking some records, because they are racing people and to them lap time is life. 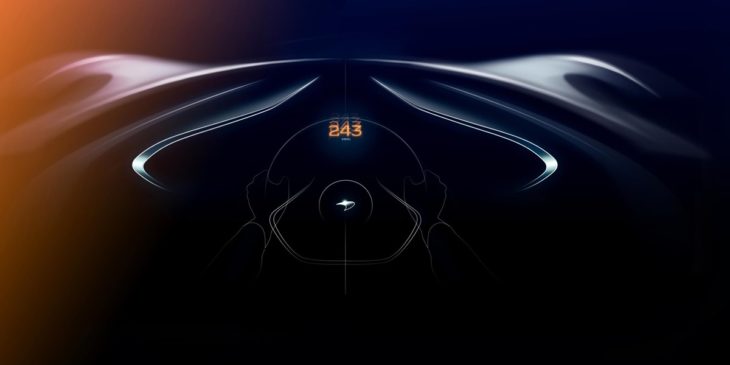 But performance is just one side of the BP23. According to McLaren, the hyper GT will also be most luxurious car they’ve ever made. So already you can brace yourself for a mahoosive price tag. As you have already guessed, production will be limited and each model will be personalized to the owner’s taste by MSPO special operations unit. And don’t worry about the name. BP23 is just a code. The production version will be called something cooler.