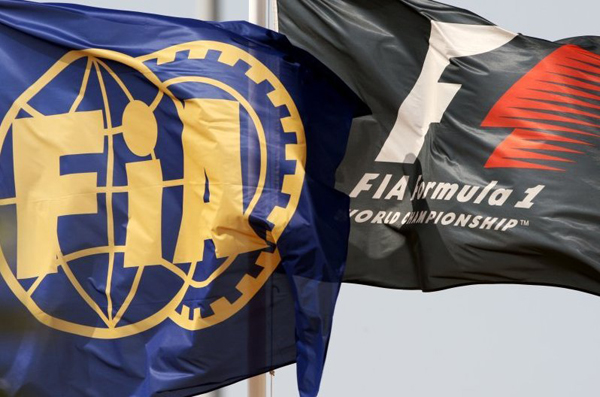 Despite a lot of negativity surrounding the new regulations and the car’s hideous designs, I’m excited about the upcoming season. You see, the slate has been wiped clean, and this means there’s a chance other teams may take advantage of these new regulations – especially regarding the new engine and turbo units – and step up to the mighty Red Bulls and that German kid. 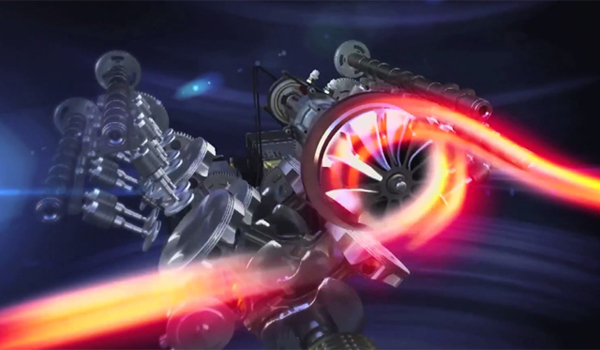 However, one of my main concerns is the 100-KG fuel limit per race. That’s 60-KGs less than last season – remember how many times drivers had to nanny their cars to ensure they finished? Remember when Webber got penalised because he had to take a ride on Alonso’s Ferrari to get back to the pits because his car ran out of fuel after the race? The engine’s may have a smaller displacement but the use of giant turbos won’t help and this has sparked fears 2014 won’t see the cars all racing flat-out and to their full potential. There’s nothing worse than watching a car scream past and gain a position because the car in front has turned the engine down to preserve fuel.

We’ve seen some testing but there’s still the unknown of what is really going to happen once the lights go out in Melbourne. 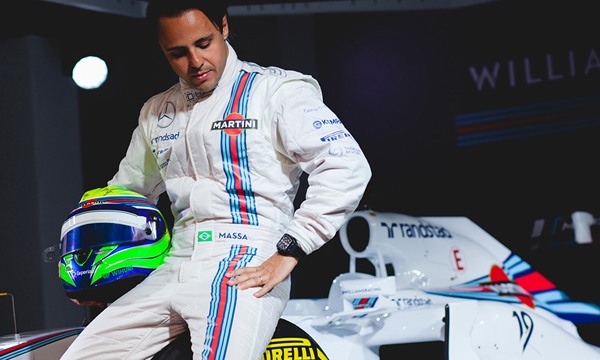 We’ve also seen some big driver moves this season. Filipe Massa is now at Williams – they have now agreed on sponsorship with Martini and their cars look simply wonderful wearing the legendary stripes. Some felt sorry for the Brazilian having left Ferrari but he’s been topping the time sheets in some of the practise sessions and they are amazed at how quickly he’s adapted to a new team. Whilst Massa was at the top, guess who was languishing in 18th? Yep, it was that German Kid.

This takes me back to an article I wrote on here about which drivers you should you bet on for the 2014 season. So many new changes make for some great advantages in the bookies, and my predictions were in some ways correct. 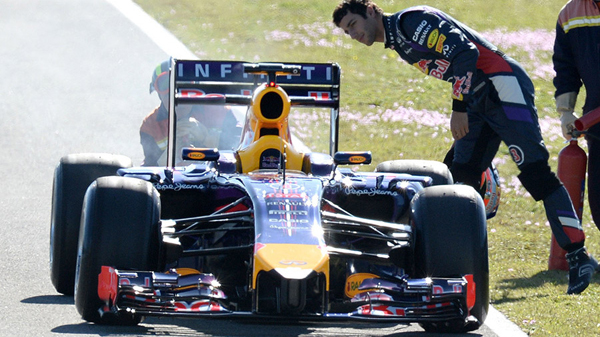 It’s because of the new engines we see Vettel and Red Bull struggling. And by ‘struggling’ I mean not managing to complete a single practice lap in Bahrain. Vettel may have his talent tested by his new teammate, ex-Toro Rosso driver, Daniel Ricciardo as the Italian managed 10th fastest.

This is all great news to the fans wanted to see an end to the monotonous dominance by Red Bull. Vettel won 13 out of 19 races last season, and for achieving this magnificent feat, he was booed during the end of the season. However, I think come race day, Vettel’s talent will overcome some of Red Bull’s short falls should they fail to sort them out by Melbourne. 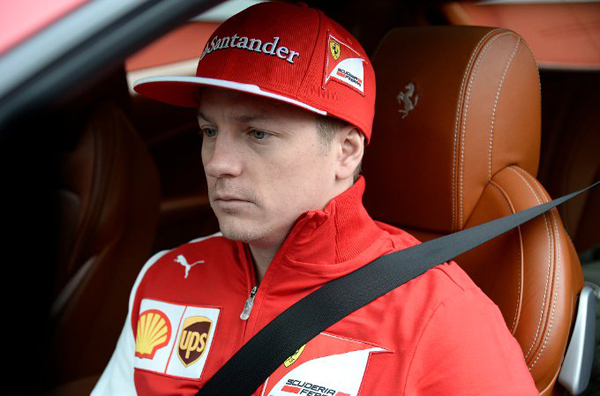 Staying with the Ferrari camp we will see ‘The Iceman’ back in a scarlet car, partnering Fernando Alonso. Proving he was very much still a competitor with Lotus, the former 2007 Ferrari World Champion has taken his former Ferrari teammate, Massa’s place. Testing hasn’t gone too well for the Finn as he managed a four-day crash in Bahrain and has admitted gaining that ‘feel good’ factor swapping teams – watch this space.

Ferrari’s Stefano Domenicali thinks both Mercedes and Williams have emerged on top after testing, so there is still some work to do for the Scuderia to bridge the gap.

In fact, it’s an ostensibly smart move from Kimi to leave Lotus, as their technical director Nick Chester thinks Renault’s new energy recovery systems are “disturbing” Romain Grosjean and his new teammate, Pastor Maldonado. Chester even went on to say it would take a considerable amount of time to reach an optimal level of performance this season. 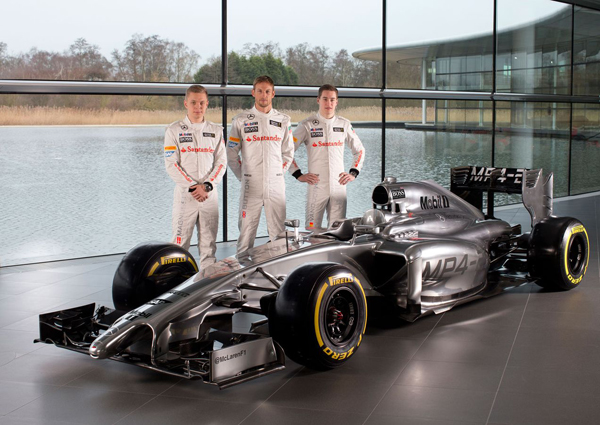 With all this change affecting the teams, McLaren are perhaps revelling in the challenge and the chance to make it back to the front of the grid again. Boss, Ron Dennis, knew it was going to be “difficult”, not just for them but also for everyone adapting to the introduction of greener engines.

Now without sponsor giants, Vodafone, McLaren are also going into the season without a title sponsor. According to Dennis, their 2013 F1 performance made the team not particularly attractive.

On the upside, Dennis thinks Lewis Hamilton may return to them if they prove strong and reliable; however, the main focus is getting back on track. Although Hamilton moved because the money was good, Dennis knows it was more about success and winning races – after 4 years without a title, a driver hungry for success needs to weigh up his options. 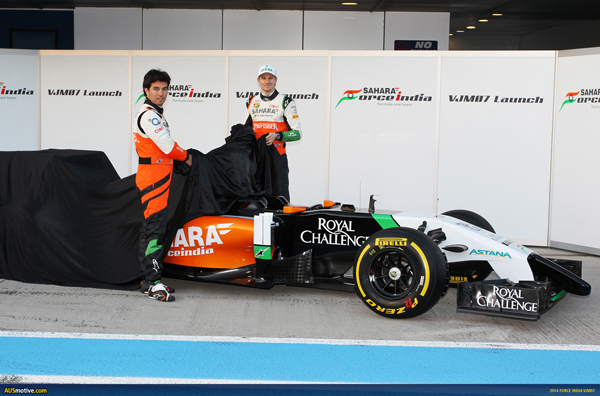 As well as Mercedes, Williams and Force India, McLaren are going to powered by the German’s new hybrid power plant, which now has an edge over Ferrari and Renault.

The two Mercedes-powered outfits topped the combined timesheet across both of the Bahrain tests, Williams and Massa proving extremely strong. 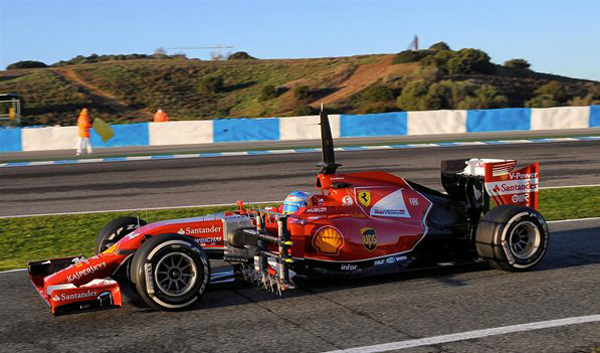 Ferrari’s F14 T may be off the pace, but throughout testing they managed to prove reliability is their strong point. When the cars set off in Melbourne in anger, reliability may be the main factor over pure pace in gaining some great points. In third and final test in Bahrain, Fernando Alonso’s best time was only a second away from Williams’ Felipe Massa and Mercedes’ Lewis Hamilton. 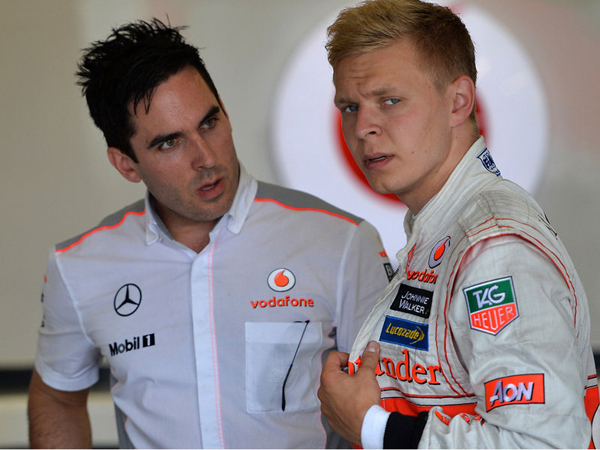 Adding another element of excitement for 2014 is the new blood entering the grid. Kevin Magnussen will live his dream when he starts his first F1 race for McLaren. The 21-year-old Dane has been promoted from the McLaren development squad and will debut at the Australian Grand Prix. 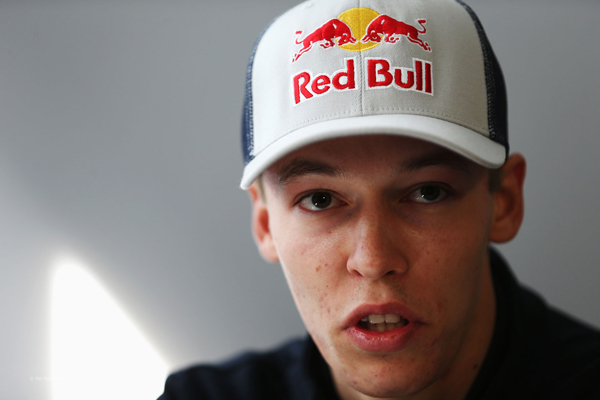 Replacing Daniel Ricciardo at Toro Rosso is the controversial Russian, Daniil Kvyat – controversial because many thought he wasn’t the right choice and only selected for F1 promotional purposes for the new Russia calendar fixture.

Whatever happens when the lights turn out in Melbourne, we are guaranteed the element of surprise and the unknown regarding performance, reliability and how the drivers have adapted to the new technology.

New drivers and new tracks added to the 2014 calendar will also make 2014 an interesting year for both fans and teams – some don’t like the change, but this is F1 and F1 is all about evolution and pushing the limits.

We now leave you with this ultra cool video that Red Bull just made available, and that explains the major 2014 changes. If only they’ve been so good with the car as they were with the video…